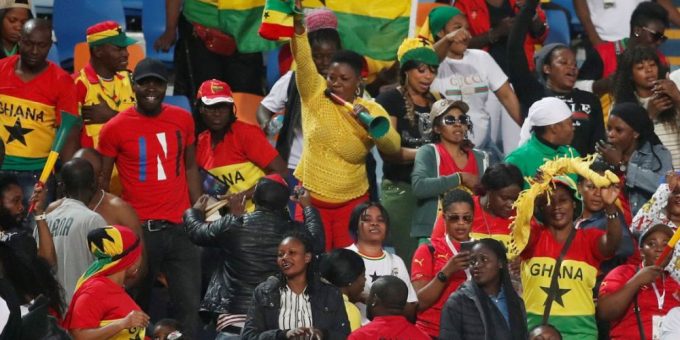 After yesterday’s game, images from the capitals of both West African countries could not have been more different.

In Nigeria, the stadium was in disarray as rioting fans made their displeasure felt by destroying whatever they could lay their hands on.

Over in Ghana, Ghanaians rejoiced at qualifying for the 2022 World Cup in the home of their biggest rivals.

How did this happen? Below, we examine the circumstances that led to Nigeria’s limp exit and what we can expect going forward.

Super Eagles legend, Augustine Eguavoen was appointed as interim coach until a new coach could be appointed. Initially, he did well and even led the Super Eagles to an unbeaten record in the AFCON group stages.

In the knockout round, however, his team came undone and lost to unfancied Algeria. Against Ghana, he got his team selection and tactics wrong in both games.

While the majority of the blame will rightly go to him, a large amount should also go to the NFF leadership who decided to fire a perfectly good coach weeks away from the AFCON and appointed Eguavoen.

However, that quality cannot work alone. Quality chances need to be created for Nigeria’s lethal forward line. Last night, that did not happen and both strikers had to content themselves with feeding on scraps. Predictably, it worked to little effect.

Bumpy Pitch
One of the most significant moments of the game passed almost unnoticed in the first half. Nigerian left back, Calvin Bassey tried to control a pass and the ball simply bobbled up over his foot and went out for a Ghanaian throw in.

The same thing happened at various points in the game as players from both sides struggled to play on the bumpy pitch.

In a team filled with players who play in Europe’s biggest leagues, the NFF provided a stadium with a bumpy pitch and expected them to play well.

Naïveté
The Super Eagles do not lack for quality players that play for some of the biggest teams in Europe. However, when they play together they rarely look like what they are – vastly experienced football players.

Last night, what must have been especially frustrating to the fans was how easily the Super Eagles lost their heads and allowed the Ghanaians to slow the game down to a crawl.

This is not a failing peculiar to this particular team. In the past, the Super Eagles have been susceptible to the tricks of more wily National Teams like Algeria.

Last night, they allowed the wind to be taken out of their sails too easily by the Ghanaians and conceded silly fouls at moments where they needed momentum. Keeping their cool in times like that is something Eguavoen or the next coach will have to work on going forward.

Goalkeeper Errors
A Nigerian goalkeeper has now let a long-range shot in when it would have been easier to save it in both of the year’s biggest games thus far.

Last night’s blunder by Francis Uzoho was especially galling because it was a similar blunder that knocked Nigeria out of the AFCON competition this year.

If neither Okoye nor Uzoho can stop such shots, Nigeria will need to step up the search for a new #1.

After failing to qualify for for the World Cup for the first time since 2006 when they lost out to Angola, questions need to be asked by fans of the Super Eagles and officials of the NFF.

How did this happen? And how could it be prevented going forward?

To bet on the World Cup games later this year, check out the BetKing website for the best odds and bonuses today!