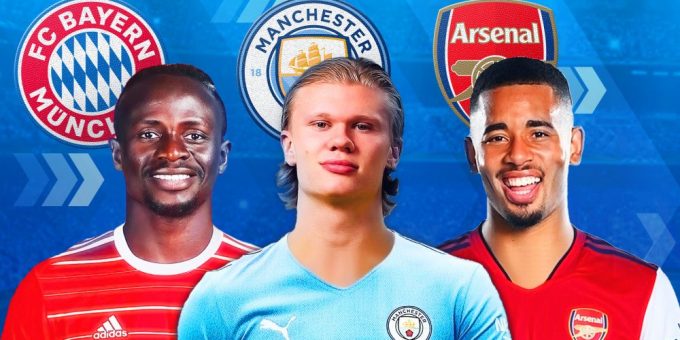 With football clubs busy in preparation for the new season, there has been a lot of activity in the summer transfer window this year. Plenty of big names have been on the move, with more expected in the coming month.

If you’re a sports betting enthusiast, keeping an eye on transfers can help you with your betting strategy. Here is the lowdown on some of the top summer transfers so far:

Aurelien Tchouameni
French mid-fielder Aurelian Tchouameni has moved from Monaco to Real Madrid for a package worth a whopping £85.3 million. The 22-year-old had the interest of clubs like Manchester United, Liverpool and Chelsea but had his eyes set on Los Blancos. With this deal, Monaco’s potential profit is just below £70 million, having purchased the Frenchman for £16 million in 2020 from Bordeaux.

Darwin Nunez
Benfica’s highest scorer, Darwin Nunez has signed a lucrative deal with Liverpool worth £64m (plus £21m in add-ons). The striker has so far played against Crystal Palace and Manchester United with his new team, showing positive results during his short displays.

Matthijs de Ligt
Bayern Munich have signed a deal with Juventus to buy centre-back Matthijs de Ligt for £57m in addition to £8.5m in add-ons. Chelsea were also hot on the heels of the dutchman but De Ligt ultimately decided to go with Munich, leaving the Blues no choice but to bow out gracefully.

Erling Haaland
Pep Guardiola managed to get a bargain this summer with Haaland being available for £51 million due to a clause in his Borussia Dortmund contract. The striker has moved from Dortmund to Manchester City but hasn’t made it off the bench in his two matches with the team so far. However, Guardiola expects him on the pitch in their next game against Bayern Munich.

Richarlison
Everton forward Richarlison has signed a £60 million deal with Tottenham Hotspur, locking himself into a 5-year contract with the Spurs. The Brazilian is the 4th signing for Hotspur this summer, following Yves Bissouma, Ivan Perisic and Fraser Forster.

Raphinha
Despite immense interest from Arsenal and Chelsea, the Brazilian winger Raphinha has chosen Barcelona has his preferred destination. Luckily, Barca has managed to muster up enough money to pay for the 25-year-old, who has already scored his debut goal with the club, beating Inter Miami 6-0 in a club friendly.

With the new season around the corner, now’s the time to get your betting strategy in order. Check out our football betting tips to help you get more bang for your buck in online sports betting and follow our blog for more news and updates on your favourite teams.