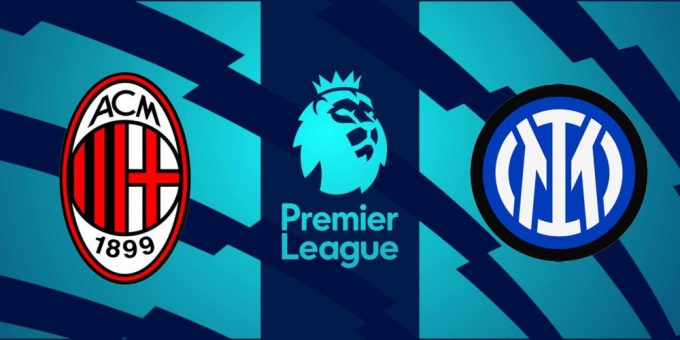 Between the two of them, AC Milan and Inter Milan have won a cumulative 38 Serie A titles. Each club has won 19 titles with AC Milan catching up to Inter Milan with their 2021/2022 season title win.

What these clubs also famously share is the Stadio Giuseppe Meazza a.k.a the San Siro and an intense rivalry.

While it is still early in the season, this clash will set the tone for how the season will go and grant fans of the winner early bragging rights. It could also be significant in the title run if last season’s close finish is anything to go by.

Since the current Serie A round-robin tournament format began in 1929, AC Milan and Inter Milan have played 176 matches.

Inter have edged these clashes, winning 67 games while Milan have 53 victories. 56 of the matches between them have ended in a draw.

AC Milan have not scored in their last two games against Inter in all competitions and could go three consecutive Derbies without scoring for the first time since 1980.

AC Milan will be disappointed they could only earn a point against Sassuolo in their last Serie A match. However, they are only two points behind early-season league leaders, Atalanta and Roma.

What is worrisome for Stefano Pioli is his team’s inability to win away from home this season. Both of their matches away from the San Siro have ended as draws and Pioli would be glad to have more of their supporters in the stands as the designated home team in this derby.

Inter returned to winning ways with a midweek 3-1 win over Cremonese after a demoralizing 1-3 loss to Lazio seemed set to derail their hot start to the season.

They will hope that the loss is only a minor blimp but have their work cut out for them against AC Milan, especially because Simone Inzaghi has won only one point in his first two Derbies in Serie A since joining the Nerazzurri.

Milan completed the acquisition of Sergino Dest from Barcelona on deadline day but it might be too soon to have him in the squad. Elsewhere, Zlatan Ibrahimovic is still recovering from surgery for a knee injury which could rule him out of action for several months.

There are also concerns that Rade Krunic (thigh injury) and Ante Rebic (back injury) could miss the derby due to injury.

Alessandro Florenzi was substituted during their midweek fixture and is currently out with a muscle injury, so Davide Calabria is expected to continue to deputize at right-back.

The Inter Milan attack is slightly weaker without Lukaku. But with goals from Barella, Dumfries and Cahlanoglu, they have shown that they can produce goals from almost every area of the team and would hope Lautaro Martinez continues the hot form with which he has started the season.

The Argentine striker has been involved in a goal in each of his first four league appearances so far scoring three goals and providing one assist.

For AC Milan, the unavailability of Ante Rebic could greatly blunt the attack but have Rafael Leao to rely on to carry most of the attacking threat.

Both teams have blown hot and cold to start the season, although Inter Milan

Both teams are evenly matched at the moment and might require a moment of individual brilliance to determine the match.