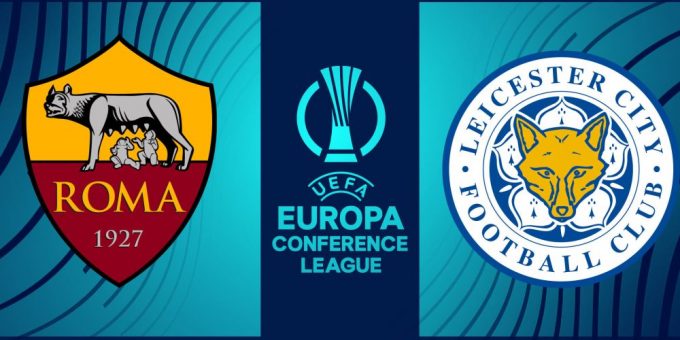 It’s a Europa Conference League semifinal showdown at the Stadio Olimpico as A.S Roma take on Leicester City to find out who plays in the final at the Arena Kombetare on May 25th.

The two teams have had contrasting League campaigns. Roma have battled back from a terrible start to sit just outside the Champions League places while Leicester City are sitting outside the European qualification spots and need to win the Conference League to play in Europe next season.

Read on below for our Europa Conference League Semifinal preview and betting prediction below!

The two sides have played just one competitive football match; the first leg draw in Leicester.

Since they play in different leagues, their current league standing is the best way to compare their seasons. Roma are 5th on the Italian Serie A table with 59 points from 35 games while Leicester are in 11th position in the English Premier League with 42 points from 33 games.

N.B: The English side have 2 games in hand

The Form of both teams over the last five games is quite terrible, both sides have just one win between them.

Apart from Henrikh Mkhitaryan (hamstring injury), no one else is out for A.S Roma.

Leicester City have also been lucky with injuries. Apart from Ryan Bertrand and Wilfred Ndidi who both have knee injuries and are out for the season, Brendan Rodgers can call upon a strong squad.

Roma are unbeaten in 10 straight home games while Leicester have failed to win any of their last five matches.
Roma create 27 big chances (the most in the Conference League this season) while Leicester City have created just 14 despite playing just 4 games less than Roma. Both sides also average 5.1 shots on target/game.
Roma average 2.4 goals/game compared to Leicester’s 1.9 goals/game.
The home team concede more goals per game (1.4) at a higher rate than the away team does (0.9).
With 55.3% average possession and 418.3 accurate passes/game, Leicester control games more regularly than Roma who average just 46.4% possession and 330.6 accurate passes/game.
Roma’s Tammy Abraham is the 2nd-highest goalscorer in the competition with 8 goals while Leicester midfielder, James Maddison has scored the most Europa Conference Leagues goals for his side with just 3 goals.

Roma manager, Jose Mourinho might no longer be courted by Europe’s top sides, but it’s still very difficult to beat him once he sets his sights on a trophy. Roma are backed by the experts to win @ 2.24 (boosted from 2.20 with OddsBoost).

Take advantage of our King’s Combo offer and bet on the Nigerian-born duo, Tammy Abraham and Kelechi Iheanacho to score @ 13.00