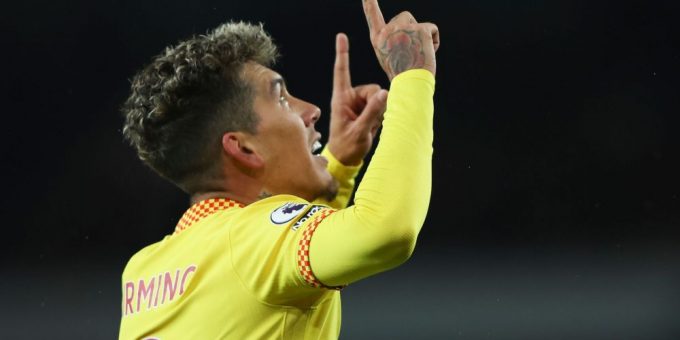 Arsenal: Improving, But Not Quite There Yet
Thiago uncharacteristically passed the ball back to his keeper without properly scanning. Suddenly, Arsenal were in with a chance to score as Alexandre Lacazette intercepted the pass but, unsure whether to shoot or take it past Alisson, he checked back and passed to Martin Ødegaard on the edge of the box.

The Norwegian midfielder took a touch, and as he shaped to shoot, the entire stadium prepared to jubilate… only to scream in disappointment as Alisson somehow deflected the ball over the bar for a corner instead.

Two minutes later, Liverpool were ahead as Portuguese forward, Diogo Jota smashed the ball in at Aaron Ramsdale’s near post.

Despite matching the away side for long periods of the game, Arsenal had found themselves on the wrong side of a Liverpool win again. It’s now been six games since Arsenal scored against Liverpool.

How Did Liverpool Win?
In our match preview, we mentioned how “… Liverpool players know exactly what is needed in this position, the same can’t be said about the Arsenal players yet” and so it proved.

Arsenal have vastly improved on their early season form, but that lack of a killer instinct that Liverpool possess was the difference between both sides last night.

Aaron Ramsdale has been in imperious form this season but in one moment, Jota saw that he’d left too much space at his near post and took his chance.

Where Did Arsenal Lose The Game?
Arsenal has been playing exceptionally well in recent weeks. You can only beat what’s in front of you, and that’s exactly what they’ve done until they ran into Liverpool again.

With this defeat, the Gunners have now lost all four games against last season’s top four. They still have to play Chelsea, Manchester United, and even Tottenham this year if they want to finish in the top four. Their participation in the Champions League next season will be jeopardized if they lose those games.

Another issue that has rarely been mentioned is a lack of bench options. Lacazette is doing his best, but he has obvious limitations that cannot be addressed by bringing in a striker off the bench.

Lacazette toiled valiantly yesterday against Liverpool defense to little avail. Gabriel Martinelli constantly beat Trent Alexander-Arnold one-on-one, but every time he sent a cross in, Lacazette was unable to be a strong enough presence to threaten Alisson’s goal.

If Arsenal fail to finish in the top four, selling Pierre-Emerick Aubameyang to Barcelona without bringing in a proven replacement could still end up burning Mikel Arteta. Since joining the Spanish giants, the Gabonese forward has hit a rich vein of form, while Arsenal have had to make do with Nketiah coming off the bench.

With that win, Liverpool are now just one point behind league leaders Manchester City, giving us what we’ve been waiting for all season – a genuine EPL title race.

Bet on the games that will decide the title challenge and the top four race in the English Premier League now on BetKing.