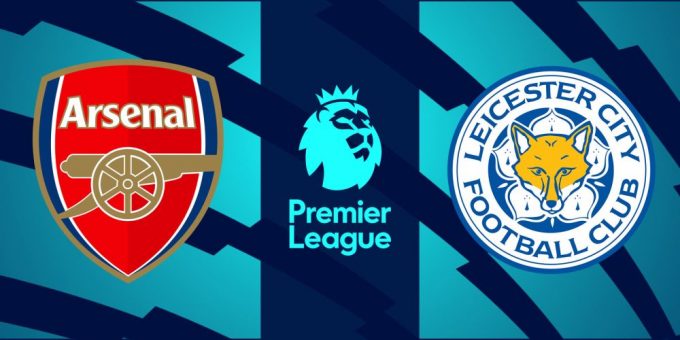 As far as first games go, Arsenal and Leicester fared differently in their matches. While the Gunners weathered a hostile Selhurst Park crowd to secure a two-nil victory, the Foxes’ promising start to their match ended with a feeling of one that got away after Brentford managed a spirited fight back to earn a 2-2 draw.

Nearly two years ago, Jamie Vardy came off the bench to score an 80th-minute header that gave Leicester their first ever away win at Arsenal. Other than that win, results have been pretty one-sided in the games between these two teams.

Arsenal have been dominant in most matches, winning 19 of the 32 meetings between the teams and in the past 5 matches, the Gunners have left with all three points in 3 of those matches, drawing one and losing what is still Leicester’s only away win at Arsenal.

Arsenal was the only team in the EPL to win all their preseason matches, taking some major scalps along the way. While they continued their winning ways in their first EPL match, it was far from the lofty heights of their 4-0 and 6-0 wins against Chelsea and Sevilla respectively.

Leicester also enjoyed a good preseason, following a surprising loss to Notts County at the beginning of the preseason, they have been unbeaten ever since. More importantly, Leicester have not lost a game in their last 6 matches.

Arsenal: Arsenal have the players missing due to injury last week back in training and could be available for the match against Leicester on Saturday. Emile Smith-Rowe, Takehiro Tomiyasu and new kid Fabio Viera were all back in training before the match. However, it is unlikely Arteta will change the squad that won against Crystal Palace.

Leicester: Brendan Rodgers has spoken about the potential of players leaving during this transfer window – Wesley Fofana has been linked with Chelsea and the Youri Tielemans to Arsenal rumors have not gone away.

Fortunately for Rodgers, there are no new injuries to deal with going into the match with Arsenal. However, Ricardo Pereira (Achilles), Harvey Barnes (knee) and Ryan Bertrand (knee) remain unavailable.

Mikel Arteta’s side have pressed the ball more and look to return to the possession-dominant football the Gunners used to play.

Last year, Arsenal missed out on a Champion’s League place when the goals dried up in front and the defensive vulnerabilities came to a head late in the season.

The team has addressed these challenges by recalling William Saliba from a loan spell at Marseille and slotting him into defence. The acquisition of Oleksandr Zinchenko and Gabriel Jesus from Manchester City has further bolstered the team.

Most concerning for Brendan Rodgers would be the intensity the trio of Martinelli, Jesus and Saka press defenders with. What this means is that Leicester’s midfield would have a lot more covering to do for the defence, leaving the duo of James Maddison and Jamie Vardy isolated for long spells of the game.

However, Leicester is well suited for the challenge and would look to exploit chances for Jamie Vardy to run against Gabriel or Saliba. With Arsenal playing so high up the pitch these days, expect lofted passes aimed at Vardy and Maddison as the likely strategy Leicester would employ.

For your FPL team

Gabriel Jesus:  The Brazilian blanked in his first game for Arsenal, leading to 610 managers selling him within minutes of the end of the match. However, playing in front of the Arsenal fans for the first time could reward those who have kept their faith in him, all 71.5% of FPL players who still do so.

Kiernan Dewsbury-Hall: Priced at only £5 million, Dewsbury-Hall is a cheaper alternative in midfield compared to James Maddison, Riyad Mahrez or Jarrod Bowen. The continued absence of Harvey Barnes has given the young Englishman a chance to shine which he has taken and looks to cement his place in the side.

Jamie Vardy: The mainstay in attack for Leicester and penalty taker. He would look to be a nuisance to the Arsenal defence and would be itching to open his goal-scoring account for the season.

Oleksandr Zinchenko: 26% of FPL players seem to agree that Zinchencko could be an invaluable addition to their teams. With the potential for getting assists and the greater likelihood of a clean sheet due to Arsenal’s improved defence, the Ukrainian looks like a cheaper alternative to Trent Alexander-Arnold at only £5.1 million.

Predictions for the game

Leicester come into the game with a need to defend better than they did against Brentford but face a much stiffer challenge against an Arsenal team playing in front of their home fans. The Gooners will also remember the early setbacks of last season and look to slay the demons of last season’s late disappointment.  Arsenal look best positioned to make it two wins in two games.

Arsenal to win has been oddsbosted to 1.53.