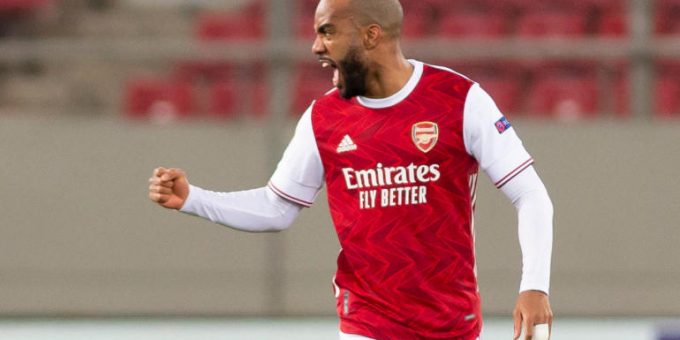 If you’d told an Arsenal fan back in September that they’d be sitting comfortably in 4th place, one point clear of the 5th-placed team and with three games in hand, they’d have looked at you like you were crazy.

However, that’s exactly what happened. With 13 games to go, the North London side are well-placed to finish in the UCL places for the first time in 6 years.

Leicester, the only team to finish above them the last time Arsenal qualified for the UCL, are their opponents on Sunday. The Foxes have not lived up to expectations this season and need to win this game if they’re to make a late charge for one of the available European spots.

Where is this game going to be won and lost? Read on for our H2H analysis, team news, form guide and prediction!

Arsenal Football Club vs Leicester City H2H
As we expected, the overall H2H is dominated by Arsenal. The home team have won 15 games to Leicester’s 4 and split the points 5 times.

In their last five H2H fixtures, it’s a similar story. Arsenal has won three games, Leicester one game and one game ended in a draw.

The Gunners are also currently 15 points and 8 places ahead of the 12th –placed Foxes.

Form Guide
Arsenal’s form recently has been amazing. They have won four and drawn one of their last five games. (Form: W-W-W-W-D)

Leicester have been in good form recently as well. The Foxes have won four of their last five games and lost the last game. (Form: W-W-W-W-L)

Arsenal Football Club vs Leicester City H2H Team News
Takehiro Tomiyasu remains out after picking up an injury some weeks ago. Attacking midfielder, Emile Smith-Rowe is still out as well. The young Englishman is still recovering from COVID-19 and this game has come too soon for him.

Since the January departures, the squad basically picks itself. Ramsdale, Cedric, White, Gabriel and Tierney will make up the back line while Xhaka and Partey protect the backline. Further forward, Saka, Martin Odegaard and Gabriel Martinelli will be tasked with supporting striker, Alexandre Lacazette.

Timothy Castagne, Ryan Bertrand, Jonny Evans, Jamie Vardy and Wesley Fofana are still injured and will play no part at the Emirates. Expect the young Zambian striker, Patson Daka to lead the line in Vardy’s absence instead of Kelechi Iheanacho.

Arsenal Football Club vs Leicester City H2H
The Arsenal players have been in fine form recently. It’s hard to see this ending in anything other than a straightforward home win for the Gunners.

Our pick: Arsenal to win

As usual, we have the best and most amazing odds and bonuses on our EPL page. Check us out today!