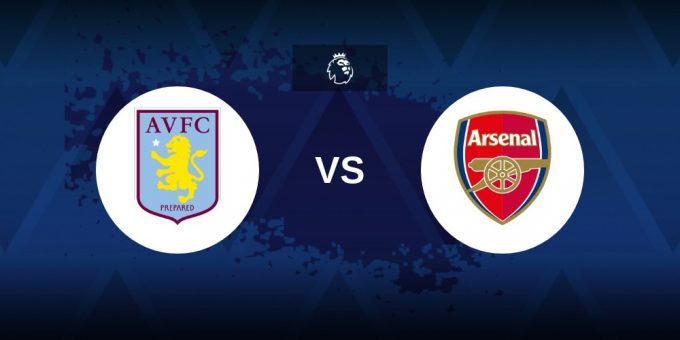 Arsenal football club will be travelling to Birmingham to face Aston Villa in what will be their second game in less than 65 hours. The Premier League fixture is set to take place at lunchtime on Saturday at Villa Park and BetKing brings you the top football betting tips on the clash.

Aston Villa vs Arsenal Preview & Head-to-Head
The top-4 chasing Arsenal will be heading into the match following a jarring 2-0 loss to Liverpool while Steven Gerrard’s side will come into the game with a 2-1 defeat against West Ham United. Despite the defeat, Aston Villa seem to be in good form recently with players such as Jacob Ramsey, Philippe Coutinho and Matty Cash showcasing impressive performances lately.

With a resting period of less than 72 hours, the fatigued Arsenal players will take comfort in their 4-match winning spree in the English Premier League when playing on rival turf, minus their last match. They’ve managed to gain 13 goals during that period when playing away.

As far as Premier League standings are concerned, Arsenal are sitting on the 4th spot with 51 points whereas Aston Villa find themselves on the 9th place with 36 points. The two teams have clashed five times over the last five years with Aston Villa winning three games and Arsenal winning two.

On average, Aston Villa score 1.7 goals in games against Arsenal while Arsenal score 2.1 goals
The teams have scored over 18 goals between them in H2H
The Gunners have managed to get three red cards this season, which is the highest in the EPL
Arsenal’s top scorer is Emile Smith-Rowe while Aston Villa’s is Ollie Watkins

Aston Villa vs Arsenal Team News
In Arsenal news, the team may be without Takehiro Tomiyasu yet again due to a calf injury. Arteta will likely keep his big hitters in the Arsenal line-up for this match as there are no more injury troubles following their home defeat to Liverpool.

As for Aston Villa, Marvelous Nakamba and Lucas Digne will both be out, the former due to a knee injury and the latter because of a muscular problem sustained in the match against West Ham United.

Aston Villa vs Arsenal Betting Tips
Arsenal results have been solid as of late and we expect Aston Villa to have their work cut out for them, despite their opponents’ jelly legs.

Ready to bet on the match? Make use of our experts’ football betting prediction and bet now!