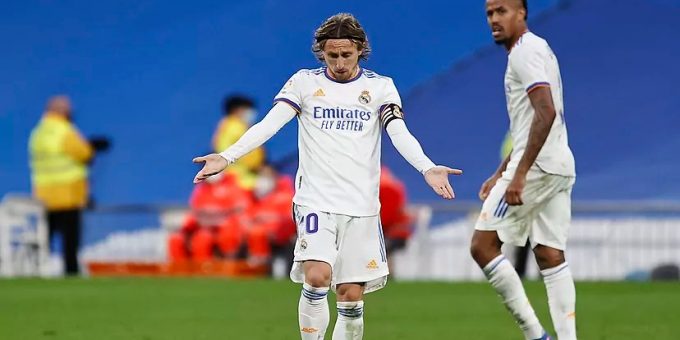 Real Madrid will face Athletic Bilbao in the quarterfinals of the Copa Del Rey tournament today at the San Mames Barria.

Both teams met in the Super Cup final two weeks ago, with Real Madrid winning 2-0 thanks to goals from Benzema and Modric, giving the Madrid giants their first trophy of the season.

Bilbao will be itching for retaliation. Despite having a chance to tie the game when they were awarded a penalty after Madrid defender Militao was sent off for handball, Courtois saved Raúl García’s poor effort.

Over their last ten H2H games, Madrid has won seven, Bilbao has won one, and their games have ended in a draw twice.

Madrid has already played Bilbao three times this season and won each time, scoring five goals and conceding only once.

Madrid currently leads the Spanish League standings with 50 points, while Athletic is 19 points behind with 31 points.

Form Guide
Bilbao goes into this game off the back of a decent run where they won three games, drew one and lost just once to Real Madrid in the last five games. (Form: W-W-L-W-D)
Madrid have been in exceptional form this season and have an almost perfect record over the last five games with four wins and a draw where they battled back from 2-0 down to tie the game late on against Elche (Form: D-W-W-W-W)

Athletic Bilbao vs Real Madrid Team News
Benzema was injured in the game against Elche and had to be replaced early. Expect him to miss out, along with Ferland Mendy, who picked up an adductor injury and will miss some of the team’s most important games over the next month. Jovic and Alaba are expected to fill in for the injured players.

Vinicius Junior and Rodrygo played for Brazil against Paraguay on Tuesday morning, but Casemiro did not. This game is likely to come too soon for both Brazilian attackers. Ancelotti is likely to start Hazard and Bale in their place against Bilbao.

Oihan Sancet is expected to miss out for Bilbao, while Iker Muniain could return after recovering from COVID-19. Because Bilbao only fields Basque players, none are absent due to international commitments.

Athletic Bilbao vs Real Madrid prediction
Madrid will not field their best team because they have a title challenge and UCL commitments ahead of them. In addition to the players who are expected to be out injured, they are likely to rest others who could benefit from a rest, so expect a rotated team tomorrow.

Athletic Bilbao will still be smarting from their Super Cup final defeat and will be eager to advance to the benefit of Real Madrid.