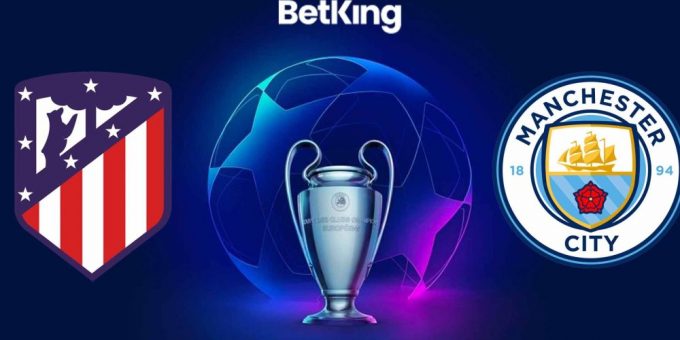 The best football games often involve a clash of styles from two teams that are the best at what they do.

One example of this is when Pep Guardiola’s Barcelona side faced Jose Mourinho’s Inter Milan team at the Camp Nou in 2010.

Tonight, the Wanda Metropolitano will host Manchester City in a game that will likely flip that clash of styles on its head.

A goal down to the one football club best equipped in world football to punish any leaks at the back, Atlético Madrid face a unique quandary. Push forward early and try to equalize and leave themselves vulnerable to City’s probing attacks? Or defend the same way they did in the first leg and hope City shoot themselves in the foot again?

Read on below for our match preview where we dissect how the game is likely to go!

Atlético Madrid Vs Manchester City Head-to-Head
The sample size for this fixture is very small. Both sides have met each other just once, with Manchester City winning 1-0.

After Sunday’s blockbuster against Liverpool, Manchester City are still in 1st place in the English Premier League.

Manchester City’s form has been good over that same period with two draws and three wins. (Form: D-W-W-W-D)

Atlético Madrid Vs Manchester City Team News
Jose Giménez missed the first leg and looks set to miss the second leg as well. The Uruguayan defender faces a late fitness test to assess his readiness for the game. His Manager, Diego Simeone, will be hoping he makes it back in time for the game.

Hector Herrera also missed the last game and is a doubt for this game. Winger/wing-back, Yannick Carrasco is now back from his suspension and will likely start at left wing-back as usual.

Our favorite for winning this match is Manchester City.

Bet on the all the Champions League quarterfinal fixtures on BetKing!