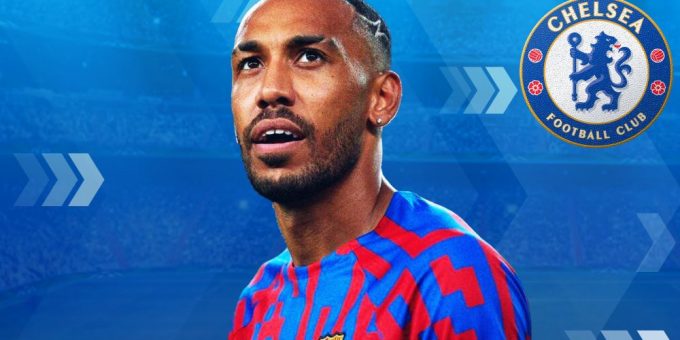 Barcelona can be accused of being financially irresponsible over the past few years and rightly so. From the heavy loss on Coutinho’s purchase/sale to the enormous wages gifted to players right down to the activation of economic levers to rescue the club from its embarrassing debt, Barcelona’s accountants have had more sleepless nights than the White House security men. However, the one piece of business they’ve gotten right is the signing and sale of Pierre-Emerick Aubameyang.

Last season, Arsenal manager Mikel Arteta had a major fallout with his captain which resulted in him being stripped of his captaincy, frozen out of the first team and eventually a termination of his contract. While Aubameyang had a respectable 38 goals in 76 games under Arteta helping him to an FA Cup in his first season in charge, the damage done to their relationship after the falling out proved too much to fix.

Less than a thousand miles away, Barcelona were suffering one of their worst seasons in recent memory. Struggling to come to terms with the exit of club icon, Lionel Messi, they had been knocked out of the UEFA Champions League in the group stage and were in serious danger of not making the Top 4 in La Liga.

So, when Barcelona decided to sign an unwanted Aubameyang for literally nothing, it was a move that presented little to no risk and they’ve been proven right. Aubameyang scored 4 times in his first 4 league games and he helped breathe life into Barcelona’s season. In total, he scored 11 league goals during his 4 months in Spain last season including a brace (and an assist) in El Clasico as he helped the Catalans finish in 2nd place.

This season, the acquisition of Robert Lewandowski & Raphinha and the return to fitness of Ansu Fati & Ousmane Dembélé meant Aubameyang, regardless of how good he had been for Barcelona, was always going to see his game time reduced. And so, Barcelona decided to cash in on him for a reported £15m + Real Madrid youth product, Marcos Alonso; a decent cherry on top of the cake.

For Chelsea fans, the signing of the 33-year-old striker is one they’ll be a bit sceptical about. While Aubameyang is a proven goalscorer & a former Premier League Golden Boot winner, The Blues haven’t had the best luck with strikers over the past 15 years. Didier Drogba & Diego Costa have led the team to multiple titles and have had huge scoring success at the club but those seem to be the exceptions.

Strikers like Hernan Crespo, Fernando Torres, Samuel Eto’o, Radamel Falcao, Gonzalo Higuain, Demba Ba, Andriy Shevchenko, Alvaro Morata & most recently, Romelu Lukaku are some of the names on the long list of reputable strikers who have failed to consistently find the back of the net in Chelsea colours.

While the club has won major trophies with some of these players, an argument can be made that Chelsea did this in spite of them and not because of them. So, while there is an obvious need for a recognized goal threat at Stamford Bridge and they’ve finally got themselves one, it’ll be totally understandable if the fans aren’t exactly throwing a parade given their history with strikers.

The signing of the former Arsenal skipper is the 6th by new co-owner and Chairman, Todd Boehly. During the few months he’s been in charge of the club, he has overseen the big money transfers of Raheem Sterling, Kalidou Koulibaly, Marc Cucurella, Carney Chukwuemeka & Cesare Casadei.

Though Todd Boehly has been very busy in this window, there is some concern that with the outgoings in the squad, Chelsea could have a depth problem given how gruelling this season is expected to be with the World Cup in Qatar a few months away.

Regardless of how you feel about Aubameyang, he is a solid pick up by The Blues and his track record speaks for itself. Though he is obviously a short term fix for Chelsea’s woes in the Striker-Position, his familiarity with the league and London means he’ll need very little time adjusting.

The move also reunites ex-Dortmund pair Aubameyang and Thomas Tuchel with whom the former had his most successful spell in front of goal; 79 goals (and 16 assists) in 95 games. That should put a little on the faces of the fans. Also, given the lack of competition in that position along with the creative players surrounding him, he could prove to be an excellent FPL asset.

Where do you think Chelsea finishes this Season with Aubameyang in the team?