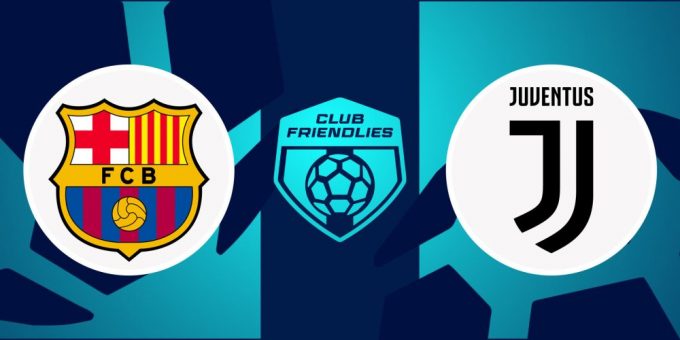 Barcelona fans must be the most excited fanbase in the world right now, and why wouldn’t they be? With all their summer transfers sorted or about to be and their team purring along, winning almost every preseason game in sight, it’s hard to not be excited.

Juventus, the team Barcelona will face next, are not quite as excited. Despite signing Gleison Bremer, Paul Pogba and Angel Di Maria for their first team this summer, they also lost Matthjis de Ligt, a player they would have preferred to keep to Bayern Munich.

Read on to find out what bets you’d be best served placing on this game!

After beating Real Madrid last weekend to win their third friendly game, Barcelona have now won three pre-season games and drawn one. Juventus, on the other hand, are playing just their second pre-season game against the Blaugrana.

Barcelona defender, Eric Garcia picked up an injury in their last game and will be out with a Ligament injury until early August. No other Barcelona players are expected to miss tomorrow’s game.

Returning Juventus star, Paul Pogba has already picked up an injury and is expected to be out until August/September. Federico Chiesa is still recovering from the Cruciate ligament injury he suffered in January and is expected back by late September. Young Juventus striker, Kaio Jorge is also injured. He picked up a tendon injury in February and has not been given an official return date.

For Barcelona, the best player will be new signing Robert Lewandowski. He started in the last game against Madrid but couldn’t score a debut goal. He will hope to change that against Juventus.

Dusan Vlahovic will be Juventus’ key player if he starts. The Serbian striker had an average first season with Juventus and will be hoping to start off his preseason with a goal tomorrow.

Bet on any team to win @ 1.18. This is a likely result since both sides have failed to draw any of their last three games against each other.

Bet on a Barcelona win @ 1.70. The Blaugrana side is in better form than Juventus and has the competitive edge.

Bet on the game here