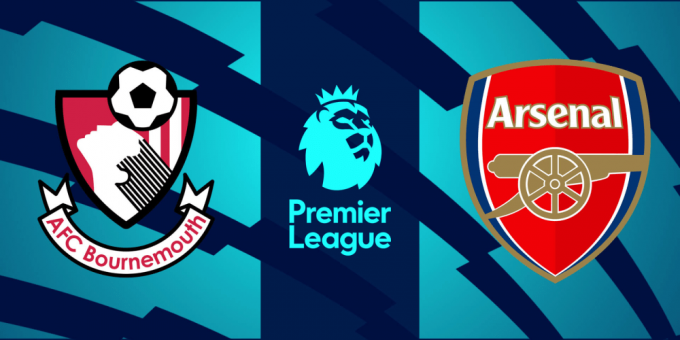 Bournemouth’s fairytale return to the Premier League started with a 2-0 win over Aston Villa in their first game back. They have since been given a reality check after a Manchester City humbling and now have to face an Arsenal side who have had a blistering start to the season.

Bournemouth have only managed one win over Arsenal in the Premier League and that win came at the Vitality Stadium. They would need to find the vim that helped them to that victory once again if they want to turn the tide of recent results between them.

Bournemouth have played Arsenal ten times in the Premier League, the Gunners have won seven of those meetings, with two draws and one solitary win for the Cherries.

Bournemouth had a topsy-turvy preseason. They lost 3 of their preseason matches but pulled off an opening day victory over an expensively assembled Aston Villa side to start the season right. That early excitement was quickly dampened in a one-sided loss to defending champions City. They now have a run of tough games ahead that could see them drop quickly down the table if results don’t go their way.

Arsenal followed up a good preseason with an equally excellent start to the Premier League by winning at Selhurst Park and taking care of business against Leicester at the Emirates Stadium to follow an excellent preseason. (W-W-W-W-W)

Ryan Fredericks and Joe Rothwell are still unavailable because of injury. Scott Parker has the added concern of Dominic Solanke being a doubt for the game against Arsenal. The forward missed the match against Manchester City and might be on the sidelines for the second consecutive match.

In some good news, midfielder Sensi could be available for selection this weekend. Sensi joined the Cherries late last week and has now had enough time to integrate with the team.

Arsenal: Arsenal have nearly a full-strength squad, but have some players still short of match fitness. Emile Smith-Rowe, Cedric Soares and  Fabio Viera were involved in an Under 21s match during the week.

Arteta’s dilemma would be whether to continue to play Ben White at right-back or bring in Takehiro Tomiyasu into that position. Kieran Tierney is also available and is pushing for a return to the starting IX.

With the new five substitutions available, it is likely Arteta will start with the same XI that began the game against Leicester and tweak things as the game goes on.

Scott Parker praised the Arsenal side in his pre match press conference, calling the match against the Gunners a challenge for his side.

His assessment is right, Mikel Arteta’s side has been fluid in attack scoring the same number of goals and amassing the same amount of goals as Manchester City

However, against Leicester, some of their defensive frailties were evident in the two goals they conceded.

Scott Parker’s team have to deal with the early pressure from Arsenal and hope they can be clinical when counterattacking and set-piece opportunities present themselves.

For your FPL team

Gabriel Jesus (£8.0 million): Playing at the Emirates in his first competitive match, Jesus justified his 71.5% selection in the week. With a return of two goals and two assists, Jesus produced last weekend’s highest return. Look for his intense pressing to cause the Bournemouth defense problems.

Gabriel Martinelli (£6.3 million): Martinelli has scored in two consecutive games and looks better in each game. Listed as a midfielder, he alongside Saka have the potential for goals in the Gunners’ front three.

Bukayo Saka (£8.0 million): Saka hasn’t quite hit the ground running yet, but the Bournemouth game could be a good opportunity for him. In the first two matches Arsenal have played, the most threat has come from the left side where Martinelli, Zinchenko and Xhaka operate from. You can trust that the Bournemouth scouting reporting is aware of this and would pay attention to containing that side potentially opening up weak side opportunities for Saka.

Predictions for the game

A focused Arsenal side on Saturday should get all three points. However, Arsenal have the youngest Premier League side and are susceptible to defensive lapses that Bournemouth could exploit.

Bournemouth to finish as the best promoted team @ 6.00