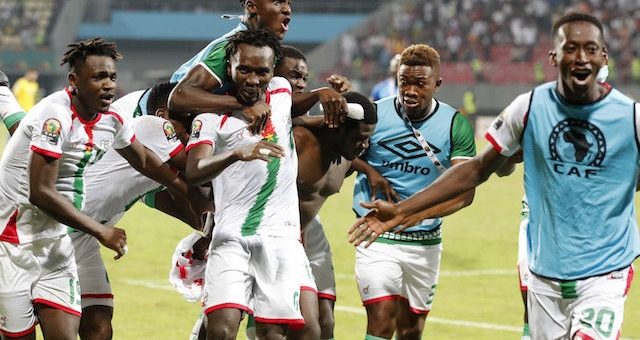 In a tournament that promised so much, Cameroon found themselves on the wrong side of a result on Thursday for the first time since AFCON 2021 kicked off.

The Egyptians demonstrated their savvy by successfully drawing the game to penalties, where the host country wilted under the pressure, missing three out of four penalties to send the Egyptians into the final game.

Cameroon were the clear favorites going into the game, and the mood was upbeat in their camp, with team captain Vincent Aboubakar confident enough to aim a sly dig at Egyptian superstar Mohamed Salah on the eve of the game.

They are now in the third place game against a Burkina Faso team that was easily steamrolled by Senegal in the other semifinal game, with the trophy they so desperately wanted to win in front of their home fans out of reach.

Burkina Faso vs Cameroon Head-to-head
Cameroon has won two games, Burkina Faso has won one, and both teams have shared the spoils three times.

Cameroon has won twice, lost once, and drawn twice in their last five head-to-head games.

Vincent Aboubakar scored twice to lead Cameroon to a victory over the Stallions in their most recent game, which took place during the Group stage of this tournament.

Form Guide
Technically, Cameroon has still not lost in 90 minutes in this AFCON tournament but that will be of little comfort to them.

In the last five games, they have won three games, drew one and lost one. (Form: L-W-W-D-W)

In Burkina Faso’s last five games, they have won three games, drawn one and lost one in an identical record to their opponents. (Form: L-W-W-D-W)

Burkina Faso vs Cameroon Team News
Burkina Faso is expected to have a full squad available, with the exception of Djibril Ouattara and Hervé Koffi, who are both injured, and will be boosted by the return of Dango Ouattara, who will return from suspension.

Cameroon has no injured or suspended players. They are expected to field the same lineup as in their previous game, unless Head Coach Toni Conceição makes tactical changes.

Burkina Faso vs Cameroon Prediction
These types of games are notoriously difficult to predict. The Cameroon team may struggle to pick themselves up after missing out on a chance to win the trophy in front of their adoring fans. Burkina Faso’s players will also compete hard in order to take something away from this tournament.
Our prediction: Cameroon will win to salvage something from this tournament.

You can bet on the Burkina Faso vs Cameroon game on BetKing.com and as usual, remember that we’re running a promotion where you can win cars, smartphones, TVs, PS5s, merch and betting credit.