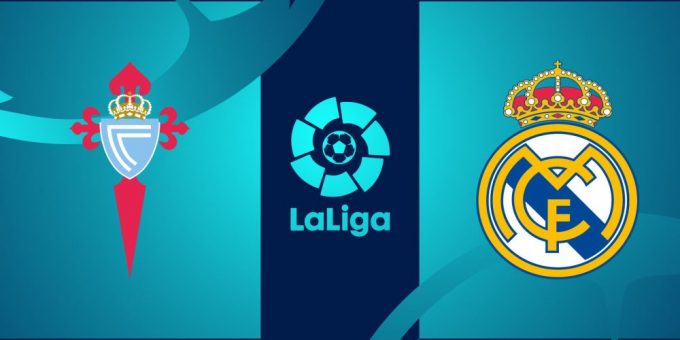 Real Madrid began their title defence with a routine win against newly-promoted Almeria. It wasn’t especially pretty but just like they did last season, they expertly secured the win and went home with the three points.

On Saturday night, Carlo Ancelotti’s men travel to Balaidos to take on Celta Vigo. The hosts would be disappointed with how their league opener against Espanyol panned out. They had to surrender a 2-goal lead, with Joselu scoring from the spot with the last kick of the game to steal a point for the visitors.

The Sky Blues are very limited financially, not least with the strict La Liga rules on player registration. And yet, they have augmented their defence with the signings of Williot Swedberg and Oscar Mingueza from Hammarby and Barcelona, respectively.

The glow of last season’s La Liga title and Champions League is yet to fade for Real Madrid. However, the Los Blancos must now snap back to the reality of what awaits them in the new season as they seek to defend their League title.

In 38 H2H fixtures, Real Madrid have won 26 matches while Celta Vigo have managed just seven wins. Five draws round up the total.

Madrid defeated Eduardo Coudet’s side home and away last term, including a 5-2 win at the Bernabéu where Karim Benzema scored a hat-trick.

How Both Teams Have Fared This Season

Celta Vigo played just two matches in pre-season. They drew 1-1 to San Jose and lost 2-1 to Braga. So far, they’ve failed to win any of their last five games (D-L-D-D-L).

Real Madrid began their pre-season friendlies with a Clasico loss to Barcelona in America. Then, they drew against Club America before defeating Juventus 2-0. They eased past Eintracht Frankfurt 2-0 in the UEFA Super Cup.

Real laboured to grind out a 2-1 win in the opening week against Almeria (W-W-W-D-L).

Eduardo Coudet has a full squad to choose from with no injury worries ahead of Saturday’s encounter.

The only obvious absentee from this game is Casemiro whose move to Manchester United is imminent.

Coudet will have observed how Almeria went about their business against Real Madrid on Sunday. The Rojiblancos were able to defend deep and break at pace whenever they were in possesion. Umar Sadiq, in particular, enjoyed himself whenever he was isolated against any Madrid defenders.

Celta Vigo might yet adopt this tactic. Aspas will be required to come in deep to retrieve the ball from the likes of Oscar Rodriguez while trying to link up with his strike partner in Paciencia. The Portuguese forward was on target against Espanyol in week one with a towering header.

In defence, Mallo will need to get as close as possible to Vinicius, who would be looking to run at him with every turn.

Aidoo and Nunez will do well to communicate effectively on how to contain Karim Benzema. The forward has been in extraordinary form since last season. His ability to drift away from the opponent’s box and then arrive on the blind side of the defenders is his major strength. The French forward will fancy his chances in this one.

Ancelotti will expectedly start his best XI on Saturday with no room for wholesale changes. Antonio Rudiger should start from the bench as Alaba gets the nod to partner Militao. The Austrian’s composure on the ball forward will be especially crucial.

In midfield, Luka Modric will return to the line-up alongside Valverde. If the 36-year-old is allowed to get in the groove, Real Madrid will be unstoppable.

Celta have lost just two of their last home matches in the league.

Bet on the remaining La Liga games this weekend here!