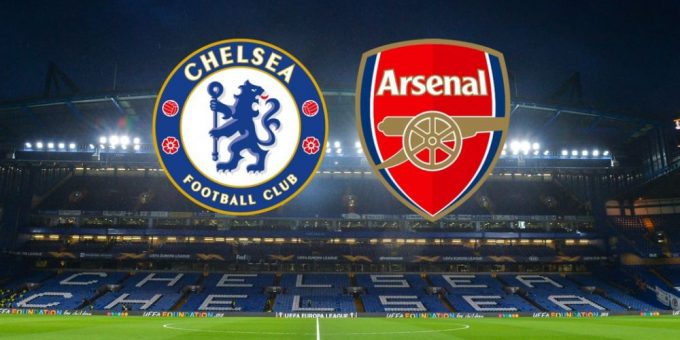 Two old foes clash tomorrow as Chelsea host Arsenal at Stamford Bridge. The stakes are lower this time, both teams have flattered to deceive at several periods this season and will both be grateful to finish in the UCL spots.

Chelsea bounced back from their disappointing loss to Real Madrid last week with a win against Crystal Palace over the weekend. The Blues nearly had a 70% possession and completed 600+ passes in that game. Chelsea will now face Liverpool in the FA Cup final next month.

Arsenal had top-four qualification in their hands before they let it slip after losing three winnable games in quick succession. They will be hard-pressed to beat a strong Chelsea team and keep their top four hopes alive.

Read on for our match preview below!

Chelsea vs Arsenal H2H
Tomorrow’s game will be the 67th time the two teams meet in competitive fixtures. Both teams average 1.5 goals per game. Chelsea edge this rivalry with 25 wins, 3 more than Arsenal’s 22 wins. There have also been 19 draws in this fixture.

Chelsea are currently 3rd on the EPL table, with 62 points from 30 games. It’s important to mention that Chelsea have an extra game left, which can boost their chances in staying in the top 3. The visitors, Arsenal, are in 6th place, with 54 points from 31 games played.

In their last 10 competitive H2H games, Arsenal have the better record with 5 wins to Chelsea’s 4 victories. There has been one draw over that period.

Arsenal head Coach, Mikel Arteta took the gamble of heading into the crucial period of the season with a light squad, despite the risks attached. This has backfired as several key players are either out injured, or suffering a serious loss of form.

Arsenal have scored just 45 goals in the EPL this season, the least among the top 7 sides.
In their last 5 H2H fixtures, there have been over 9.5 corner kicks in each game and over 2.5 bookings in 4 out of the 5 games.
On the “big chances” created table, Chelsea are 4th with 61 big chances created. Arsenal are 16th, with just 34 big chances created.