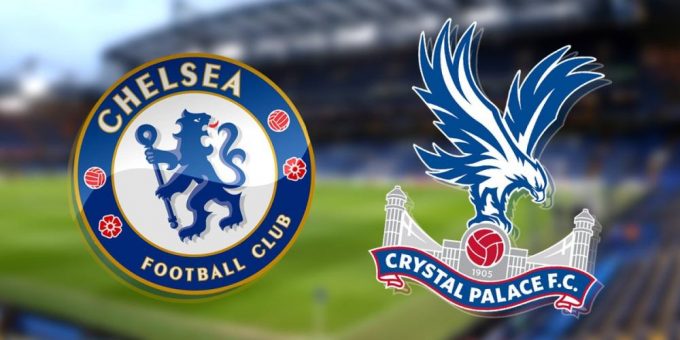 The 2nd semi-final of the FA Cup is all set to take place this weekend with Crystal Palace and Chelsea battling for a place in the final to face either Manchester City or Liverpool.

For the Blues, this will be a chance to redeem themselves by returning to the FA Cup final and erasing the memories of last year’s upsetting loss to Leicester City. As for Crystal Palace, a win here would mean reaching the FA Cup final for the first time in 5 years and only the 2nd time in the team’s history, that too under first-year manager Patrick Vieira.

This is sure to be an exciting encounter with plenty of opportunities for football betting.

Chelsea vs Crystal Palace Head-to-Head & Form
Looking back over their last 25 encounters, the Eagles emerged victorious only 4 times while Chelsea won 20 times. One match ended in a stalemate. Their goal difference is 52-17 in favour of the Blues, who have the 3rd best attack line in the Premier League with 64 goals. Crystal Palace on the other hand, stand at the 9th place with 43 goals.

Chelsea will head into the match after an agonisingly Champions League quarter-final defeat by Real Madrid despite a brilliant performance. Although they couldn’t progress to the Champions League semi-finals, they still managed to overturn a 3-1 deficit against Real Madrid from the first leg with a whopping total of 28 shots.

Crystal Palace lost 2-1 to Leicester, seeing their 7-game unbeaten streak come to an end. However, they’ve enjoyed a strong season under their new manager and will be relying on a solid defense strategy when facing the mighty Chelsea players.

Chelsea have won the FA Cup 6 times since 2000 and will be hoping to claim the silverware yet again after disappointing defeats in the last two finals.

The Eagles haven’t won any of their last 9 matches against the Blues.
Chelsea have scored a goal for 10 matches in a row.
On average, Chelsea and Crystal Palace score 3 goals in their matches.
The average number of goals in their encounters is 3.6. With 18 Goals between them in the past 5 meetings.
Chelsea have won 13 out of their last 16 FA Cup clashes.
The Blues have kept a clean sheet in five out of their last seven games against the Eagles across all competitions.

Chelsea vs Crystal Palace Team News
In Chelsea news, Thomas Tuchel will likely keep Reece James in the line-up following a strong performance at the Bernabéu on Tuesday. He has netted 6 goals in his last 30 matches, meaning he scores 20% of the time. Timo Werner is expected to start after an amazing performance against real Madrid.

As for Chelsea updates on injuries, Ben Chilwell and Callum Hudson-Odoi will be out whereas Romelu Lukaku and Ross Barkley remain doubtful.

Crystal Palace will be without their star player Conor Gallagher, who will be unable to play as he’s on loan from Chelsea and not allowed to play against them. This will severely hamper the Eagles’ chances and they may find themselves on the back foot in this weekend’s match.

Nathan Ferguson will also be out due to a hamstring injury whereas Tyrick Mitchell and Michael Olise remain doubts.

Chelsea vs Crystal Palace Betting Tips
With an average of 15 shots for both teams, this is going to be a high intensity match! This can be anyone’s game but keeping in mind Chelsea’s form and recent performances, we predict Chelsea to progress to the semi-finals.

With our expert football betting tips in hand, head to BetKing and place your bets!