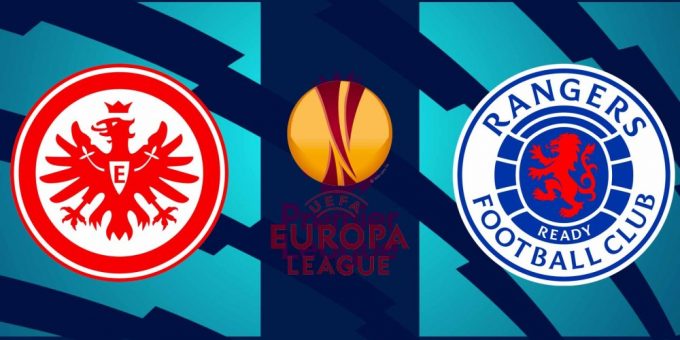 The last game of the 2021-2022 Europa League campaign features two teams we didn’t predict would make it this far compared to other heavyweights, but who have both thoroughly merited their place in the Europa League final.

Eintracht Frankfurt are 11th on the Bundesliga table and will be eager to win this final game and go directly to the UEFA Champions League next season in addition to lifting some silverware.

Rangers, on the other hand, have already qualified for the UEFA Champions League by finishing 2nd in the Scottish Premier League. Finishing second to bitter rivals, Celtic, will have left a bitter taste in their mouths. Winning the Europa League will bring some silverware and the chance to brag about having a more successful season than their Old Firm rivals.

The two teams have not met in a long time. The last time they faced off was in the 1960s when they played four times in the 1960s – two competitive matches and two friendlies. The German side advanced into the European Cup final by beating Rangers twice; 6-1 at home and 3-6 away. The friendlies were split, Frankfurt winning one and Rangers winning the other game.

The last time they played was over 60 years ago, so the more accurate comparison would be their current league standing. Frankfurt finished 11th in the German Bundesliga with just 42 points from 34 games while Rangers finished second in the Scottish League with 89 points from 38 games.

Going forward, both teams have similar stats with Frankfurt averaging 1.7 goals scored/game while Rangers average 1.6 goals scored/ game.
Defensively, they have a similar record as well. Eintracht Frankfurt’s 1.0 goals conceded/game just shades Rangers’ 1.1 goals conceded/game.
Rangers have created the 2nd-most big chances this season (22) to score 22 goals. Frankfurt are 10th on the list with 14 big chances created to score 20 goals.
Rangers have won 4 penalties, the 2nd most penalties this campaign. Frankfurt average the most fouls/game (15.5) the 2nd-most yellow/red cards (25/2) and have conceded 3 penalties, the 2nd-worst in the Europa League this season.
Daichi Kamada, Frankfurt’s highest goal score, has scored 5 goals and assisted one goal this season while Rangers wing back, James Tavernier, has scored 7 goals to go along with 2 assists in the Europa League this season.