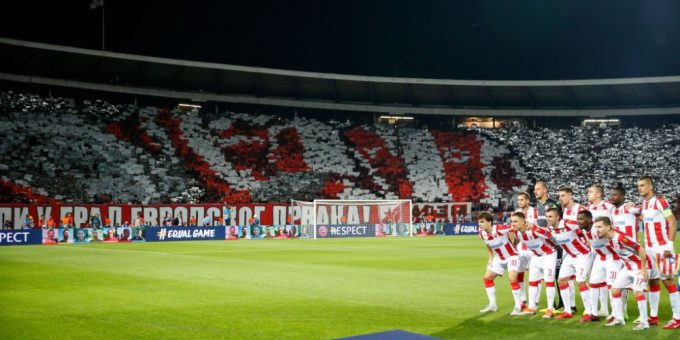 Putting their domestic battles aside, the Rangers FC will face FK Crvena Zvezda in the last leg of the Europa League Round of 16 tonight.

The Rangers achieved a historic 6-4 aggregate victory against Borussia Dortmund and went on to defeat Crvena Zvezda with a resounding 3-0 win at Ibrox in the first leg of the Europa League. They’ll be looking to finish the job tonight at Stadium Rajko Mitic.

Read on for match preview, head-to-head and winning football betting tips on the FK Crvena Zvezda vs Rangers encounter.

FK Crvena Zvezda vs Rangers Preview & Head-to-Head
Crvena Zvezda have been in great form in the Serbian Super Liga, with goal difference being the only separation from the top of the table. But the UEFA Europa League is a whole different story, with the Red Star Belgrade winning only one from their last five games in the tournament, all producing under 2.5 goals.

However, they’ve won nine out of their last ten home encounters in the Europa League and they’ll be hoping their home advantage will carry them through to the next round when they face their tough opponents tonight. If they win, they’ll be the second club in Europa League’s history to overcome a 3-goal first-leg difference.

The Rangers FC will head into the match riding high from their 3-0 first-leg victory which saw the Crvena Zvezda’s highest scorers Aleksandar Katai score 3 goals in the first 12 minutes, but they were not counted as they were scored from offside positions. The winger’s 23rd minute penalty was saved by Allan McGregor.

Looking back over past Rangers FC fixtures against FK Crvena Zvezda, the two sides have clashed three times, with the Rangers winning two games and one game ending in a stalemate.

The Rangers remain unbeaten in their last 11 games across all competitions with a 4-match winning streak that they’ll be aiming to extend to five this Thursday. It’s also important to note that they’ve netted at least two goals in five out of their last 7 games in the league.

FK Crvena Zvezda vs Rangers Team News
The Red Star will be minus only Veljko Nikolic while the Rangers will be missing Nnamdi Ofoborh and Ianis Hagi. Bronckhorst will likely start with the same line-up that carried the team to victory over FK Crvena Zvezda in the first leg including key players like Ryan Kent, Alfredo Morelos and Joe Aribo.

Considering their risk of being suspended from the Europa League, the Rangers will need to be extra careful as the referee Istvan Kovacs is known for his strict officiating style, having given out 140 cards this season alone.

FK Crvena Zvezda vs Rangers Betting Tips
Our experts predict the Rangers to move through to the last eight of the Europa League.

Tip 3: Both teams to score