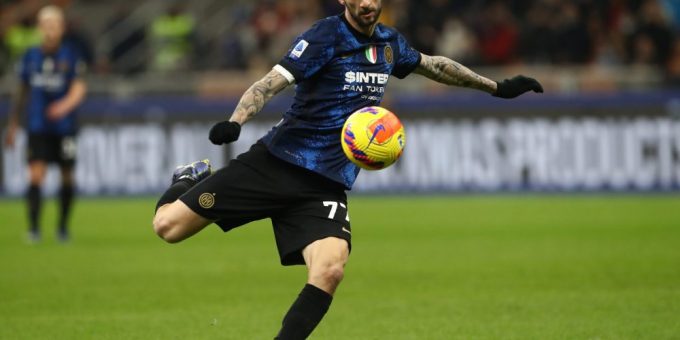 On Saturday, the football world will once again be treated to one of the biggest games in the world – The Derby Della Madonnina aka, the Milan Derby.

Both teams faded into obscurity in the last decade as they deteriorated and other teams emerged to challenge hated rivals Juventus in Italy and Europe.

However, in the last few years, both sleeping giants have awoken from their slumber and while not fully recovered, are now relevant enough that the world cares about the Milan Derby again.

Inter Milan vs AC Milan Head-to-Head record
In 58 games, both teams won 23 times each, and 12 game ended in a draw.

Inter Milan have the edge in their last ten games in all competitions, with six wins to AC Milan’s two, and two games ending in a draw.

Inter leads the Serie A table with 53 points from 22 games, while AC Milan is close behind with 49 points from 23 games and with an extra game played.

Form Guide
Inter’s form over the last five games has been excellent. In that period, they have won four matches and drawn just once to Atalanta. In fact they’ve only lost three time this season; once in the Serie A and twice to Real Madrid in the Champions League. (Form: W-W-D-W-W)

AC Milan’s form over that same period has been good as well. In their last five games, they won 3 matches, drew one and lost one. (Form: D-L-W-W-W)

Inter Milan vs AC Milan Team News
Robin Gosens, Inter’s new signing, will be out for at least another month before he can play for his new club. Felipe Caicedo, Inter’s second January signing, will be hoping to play some part in the game and will be called upon if Inter require goals from their bench. With the exception of Joaquin Correa, who is doubtful, Simone Inzaghi should be able to field a nearly full-strength squad for the derby.

Milan also added a new striker in the January transfer window, Marko Lazetic. However, he is unlikely to play a significant role in this game, so expect AC Milan’s usual attacking threats Giroud, Ibrahimović, and Rafael Leao to lead the way.

Inter Milan vs AC Milan Prediction
Contrary to popular belief, Inter have not faded since the departures of Conte, Hakimi, and Lukaku, and are now the dominant Italian team.

While in a derby, form often goes out the window, we don’t see that happening here.

Head to BetKing and place your bets now!