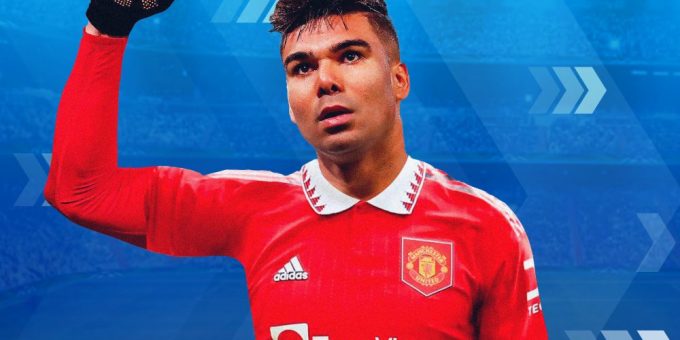 With the news of an impending Casemiro move from Real Madrid to Manchester United, do the Red Devils finally have their midfield general who would stabilize the center and hopefully provide much-needed cover for the defence?

Following the exits of Paul Pogba and Nemanja Matic on free transfers, Erik ten Hag has been in the market for a new central midfielder.

Midfielders they were linked with since the transfer window opened have included Barcelona’s Frenkie De Jong and Adrien Rabiot. However, none of those deals materialized.

Casemiro is a different kind of signing for United. If he lives up to his usual lofty standards, he could be the answer to United’s current midfield struggles.

Here is our analysis of what Casemiro will bring to Manchester United.

What he brings to Manchester United

Casemiro’s resume shows that he is a perennial winner. He is a three-time La Liga title winner, five-time UEFA Champions League winner and has won the FIFA Club World Cup three times.

He is also one of Real Madrid’s highest-paid players which means he would further inflate United’s wage bill when his salary and performance-related incentives are added to the books.

Despite the high price he will command in terms of transfer fees and a huge salary, it would all be worth it if this recruitment leads to him helping to unlock the Manchester United and Fred’s full potential. Casemiro isn’t unfamiliar with Fred, they both play for the Brazilian National team where his holding midfield position gives Fred the freedom to play much higher up the pitch. This is what Erik Ten Haag would hope for with his acquisition.

Tite, the  Brazil Head Coach, will also be delighted with this move to Man United. International tournaments afford players such little time together to prepare that the increased chemistry that comes with playing alongside a teammate at club level can be invaluable at tournaments like the World Cup.

Can he reprise his Madrid role with Man United?

At Real Madrid, Casemiro played in front of the defenders as the central pivot in a midfield trio alongside Toni Kroos and Luka Modric. However, he also picked his moments to push forward and join the attack, making him more of a box-to-box midfielder.

His biggest strength is in covering out-of-position teammates – which happens too often right now at Manchester United.

Casemiro’s strength in tackling and positional sense makes him adept at filling in at the full-back and central defensive positions when teammates go on walkabouts. His style is somewhat reminiscent of Chelsea’s John Obi Mikel, however, he is more mobile than the former Nigerian Captain.

However, what set him apart the most from the other midfield players in Manchester United’s squad last season was his ability to dictate the pace of the game. With a pass accuracy of 86%, Casemiro averaged 61.3 passes per game, compared to Fred and McTominay who only completed 84.1% and 85.6% passes per game respectively at a much lower volume.

Last season, he featured in thirty-two La Liga matches and scored just once. He does not score often but when he does, they’re often spectacular.

It would be nice if he adds more goals to his repertoire but the Old Trafford faithful will not care about that as long as he consistently gives the players ahead of him a solid platform to build attacks from.

How quickly will he settle at United?

Changing leagues can be unsettling for new players. In the past, several players have made the La Liga – English Premier League switch and struggled. The Red Devils will hope Casemiro’s has a better Manchester United career than Angel di Maria and Victor Valdes.

They’ll also be helped by the fact that, in addition to fellow Brazilian, Fred, there’s a sizable Portuguese/Spanish contingent in the United squad who can help their new signing settle quickly. Raphael Varane and Cristiano Ronaldo will also be familiar faces from past Real Madrid teams, even if the Portugal Captain is unlikely to stay at United beyond this window.

What Real Madrid lose by letting him go

Speaking about Casemiro’s departure, Real Madrid Coach Carlo Ancelotti spoke about why Casemiro chose to leave and thinks his team would fare well in Casemiro’s absence.

“I spoke about it with him. He wants to try a new challenge, the club understands it. Casemiro for what he has done and the person he is, you have to respect that wish.”

“With Casemiro we have seven. I think six is ​​enough to handle the season, with Modric, Kroos, Camavinga, Tchouameni, Valverde and Ceballos. These six are very very good.”

Regardless of his cordial comments, Ancelotti obviously could not resist taking a dig at Manchester United, when he said: “I can’t answer why he turned down the European Champions for a struggling team, it’s his decision.”

In the LaLiga, only five players had more ball recoveries than Casemiro (230) in LaLiga last season. His departure leaves a giant hole in the Madrid midfield that Ancelotti has to plug immediately.

Should he be in your FPL team?

Short answer? No. Long answer? Be wary of adding him to your FPL team. In LaLiga, where he has made 222 appearances, he has scored only 24 times and tallied 16 assists. In the United midfield, only Scott McTominay averages a worse minutes per goal or assist ratio (Casemiro – 644, Scott – 1196.5).

Casemiro’s arrival would not be the cure to all of United’s problems but it is a step in the right direction to staunch the bleeding at the Theatre of Dreams.

Manchester United’s top four hopes have been boosted significantly with this signing. Their  odds to finish in the top 4 @ 7.75 could turn out to be easy money next May.