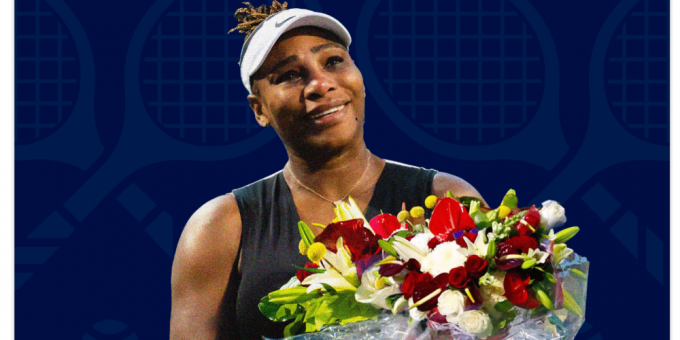 In what turned out to be a dramatic match that kept many around the world glued to their seats, Serena Williams’ glorious three-decade career came to an end with a loss to Australia’s Ajla Tomljanovic in the third round of the US Open.

The match began with Serena struggling on serve, leading to Tomljanovic getting a break in the opening game. The Aussie player then got a shaky service game of her own, winning no point on her serve and giving Serena the immediate break back.

With both players settling into the match and finding their serves, the next break did not come until the seventh game, going Serena’s way for a 5-3 lead and giving her the opportunity to serve for the first set.

The game to close the set out did not go as planned for Serena, as Tomljanovic broke right back and held to level 5-5. Finding composure, Tomljanovic put herself in good position with another break to lead 6-5. The Australian eventually completed the turnaround, taking the first set 7-5 over the veteran and leaving the Arthur Ashe stadium crowd in silence.

The second set started with a tricky service game for Serena. The American seemed to have it under control at 40-0 but made errors and a double fault, and the game got locked at deuce. Serena eventually held for the lead. The lead then got extended with the first break of the second set and then a hold to swiftly back it up. 3-0.

Tomljanovic desperately needed to get on the board, but the 29-year-old struggled on serve again, hitting two double faults to be broken again. At 4-0, Serena was racing away with the second set.

Finally, Tomljanovic got one break back, then held, cutting Serena’s lead to 4-2.

Serena, with a third set in sight, held for 5-2, putting herself one game away from claiming the second set. On Tomljanovic’s next service, she was made to fend off four set points before holding for 3-5.

Serena now had the chance to serve out the set but nerves set in, leading to a double fault which gifted Tomljanovic the break. With three consecutive games taken, Tomljanovic leveled the set at 5-5 and there was hope for her to win in straight sets.

Both players won their respective service games and the second set went into a tiebreak.

The tiebreak was a rollercoaster as Serena took a quick 4-1 lead before Tomljanovic rallied to 4-4. Serena was not backing down, though, an ace and swift returns gave Serena the second set 7-6(4)

It was a bright start for Serena in the deciding set; a break to go 1-0 up. The veteran then made a couple of unforced errors and Tomljanovic pounces, getting the break right back. 1-1.

From then on, it was Tomljanovic’s match as she pulled away, going 5-1 up with a break.

The service game to close out the match got tricky for Tomljanovic, with Serena saving five match points. The Australian converted her sixth match point, earning one of the biggest victories of her career.

Handed the microphone to give what would be her final on-court interview, Serena, overcome with emotion, thanked her supporters for the support over the years.

“I tried but Ajla was better. I just thank everyone that’s here, that’s been on my side for so many years, literally decades.

“Thank you, Daddy, I know you are watching, it all started with my parents and they deserve everything so I am really grateful to them,” she said.

“And I wouldn’t be Serena if there wasn’t Venus, so thank you, Venus. She’s the only reason that Serena Williams ever existed. It’s been a fun ride.”

It has truly been a fun ride. Serena’s career might be ending but the American will never be forgotten. Her influence transcends tennis and the tributes which have flooded social media are proof of that.

14 Grand Slam Women’s Doubles titles
73 WTA-level titles
Overall match record of 858-156 (367-56 in Grand Slams)
319 weeks (about 6 years) as World No.1
Four Olympic gold medals (one in singles, three in doubles)
Over $94 million in prize money; more than any woman in tennis history
Highest-earning woman athlete of all time