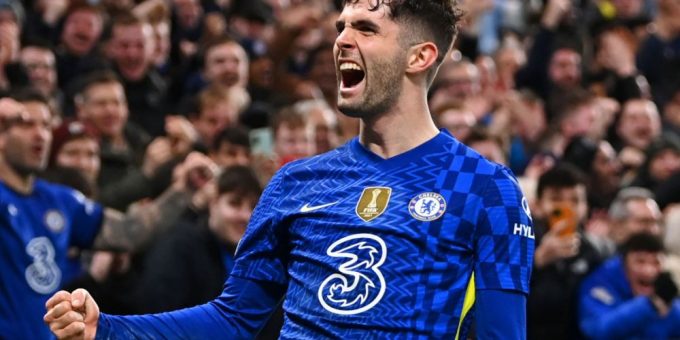 The Stade Pierre-Mauroy will be home to an interesting encounter this week as Chelsea travel across the continent to face French club Lille for the second leg of the Champions League Round of 16.

If you’re looking to bet on the Lille vs Chelsea match, read on for head-to-head, team news and free football betting tips.

Lille vs Chelsea Preview
Looking back over recent Chelsea fixtures, the Blues will be heading into the game confident due to their healthy 2-0 victory against Lille in the first leg of the tournament at Stamford Bridge. They’ve displayed a solid record since that match, with only a single defeat on penalties against Liverpool in the Carabao Cup finale. They emerged victorious in their clash with Newcastle United last week and will be hoping to breeze through to the Champions League quarterfinals by securing a win this Thursday.

Lille have also enjoyed a solid run recently, winning against Clermont Foot and Lyon in Ligue 1 (1-0 and 4-0 respectively) and drawing against Saint-Etienne with no goals conceded since their first leg 2-0 defeat by the Blues. However, Chelsea seem to have an advantage going into this match and even a narrow win can get them through to the next round.

The two teams have clashed thrice over the last five years, all of them resulting in a Chelsea win.
Chelsea players are currently on a 4-game winning streak.
Average goals scored in Lille vs Chelsea encounters is 35 per match.
Lille have scored seven goals in their last seven games while Chelsea have scored 15.

Lille vs Chelsea Team News
In Chelsea news, owner Roman Abramovich has been hit by more sanctions as the club goes through its sale process. The European Union has imposed a travel ban and asset freeze on the businessman, but UEFA have assured that the match will not be affected by this. Abramovich has received a substantial offer by Saudi Media Group to sell the club, which could result in freeing Chelsea from all the current sanctions.

On the team front, Thomas Tuchel will be without Reece James and Ben Chilwell due to long-term absences while Callum Hudson-Odoi and Cesar Azpilicueta remain doubts. Thiago Silva may be part of the Chelsea line-up after resting in the Newcastle game Lukaku will probably remain on the bench unless the match goes into extra time.

As for Lille, the team is looking at a fully fit line-up with only Renato Sanches missing the match due to an injury.

Take advantage of our experts’ football betting tips and head to BetKing to place your bets now! Don’t forget to explore our blog for more UEFA Champions League betting tips and predictions.