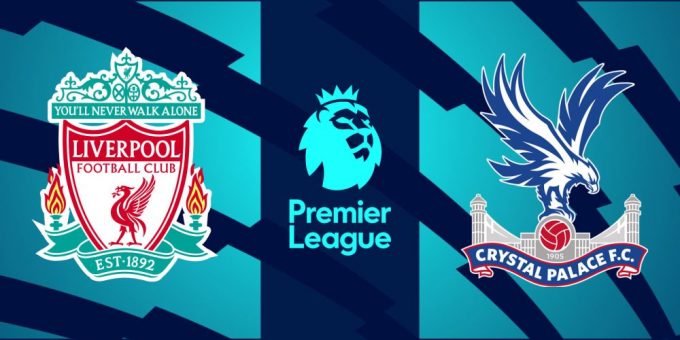 The new Premier League campaign is just a weeks old but the real competition, a mini-league of sorts between the two elite teams in the division, has remained changed for five seasons.

Since the 2017–18 season, Liverpool and Manchester City have established a duopoly of sorts in the English Premier League, increasing the gap between them and other PL teams and forcing the other teams to playing catch-up as early as December.

After a fiercely contested Community Shield between both teams last week, the status quo looks set to continue.

Unfortunately for Liverpool fans, their team has not hit the ground running like Manchester City have. Against newly promoted Fulham in the opening fixture, the Reds looked sluggish and mostly predictable in attack.

Jürgen Klopp’s men fell behind early, laboured to equalize, conceded again and only managed to force a draw thanks to an injection of urgency and energy from new signing, Darwin Nunez in the last quarter of the game.

What we can expect from the Reds against Crystal Palace

Things may yet change as the 2020 Premier League champions face Crystal Palace on Monday night. Liverpool have now finished just a point behind Manchester City twice in four years; they know the importance of not dropping points early.

Yet, Patrick Viera’s side will have plenty to say about the outcome. The Eagles have had a slow start too, losing to Arsenal 2-0 on the opening night. The real problem, though, was their inability to finish off clear-cut chances, failing to score from any of ten shots taken.

Once Paul Tierney sounds the whistle to kick things off at Anfield, we can expect a pulsating encounter.

In 28 matches, Liverpool have won 18 games, Crystal Palace have won 8 games and both sides have split the points twice.

It has been a clean sweep for Liverpool in the last five matches played against Crystal Palace. This exact fixture in July last year was an easy 3-0 win with Mohamed Salah on the score sheet.

And away in January, the hosts rolled past their opponents 3-1 with Alex Oxlade-Chamberlain getting amongst the goals.

Liverpool have dominated this fixture in recent seasons. We would have to go as far back as five years ago for a Crystal Palace victory in this fixture.

How Both Teams Have Fared This Season

Liverpool had an underwhelming preseason, losing three times to Manchester United, Red Bull Salzburg and RC Strasbourg. They also beat the same opponents 2-0 in July. If they want to avoid falling behind Manchester City early, they will need to improve their form drastically and soon. (D-L-W-L-W)

Surprisingly, Crystal Palace have a similar recent record to Liverpool with two wins, two losses and a draw in their last five games (L-W-W-D-L)

Thiago Alcantara has had little luck staying healthy since he joined Liverpool. He could barely walk last weekend before being replaced in the second half. His planned absence from this one is due to his expected six-week rehabilitation period from a Hamstring injury.

Against Fulham, the Reds struggled to cope in midfield. Thiago was mostly targeted by the Cottagers who committed numbers in to limit the spaces the Spaniard thrives in. Consequently, Liverpool struggled to dominate. Offensively, they also failed to get going as the team’s high press was unusually tepid.

Jürgen Klopp will have prepared for this. This will be a good opportunity for Darwin Nunez to start at home. The Uruguayan offers a mix of energy, running in behind defences and he will give Andersen and Guehi something to worry about. This should free Mo Salah to take more of his trademark curling efforts. Luis Diaz will also have some more space and will hope to begin to replicate Sadio Mane’s impact.

Similarly, Alexander-Arnold and Robertson will push forward to compress the pitch and deliver crosses into the box for the imposing Nunez to exploit. Klopp will need to be wary of the pace and trickery of Zaha and Eze. The Crystal Palace duo can create chances out of nothing and are the South London’s side best bet to leave Anfield with a positive result.

Viera will have noted how Liverpool struggled to cope with Mitrovic in the first game and will likely have Odsonne Édouard replicate that. Schlupp and Doucoure will be pivotal in midfield by closing down passes aggressively and attempting to unsettle Henderson and Fabinho.

Liverpool was unbeaten at Anfield for the whole of last season and achieved the joint-best defensive record in the EPL.
Crystal Palace have lost each of their last five away matches against Liverpool. Crystal last won there three times on the trot between 2015 and 2017
The Reds have an ongoing 20-game Premier League unbeaten record since last season.
Salah has scored seven goals against Crystal Palace including four at home.