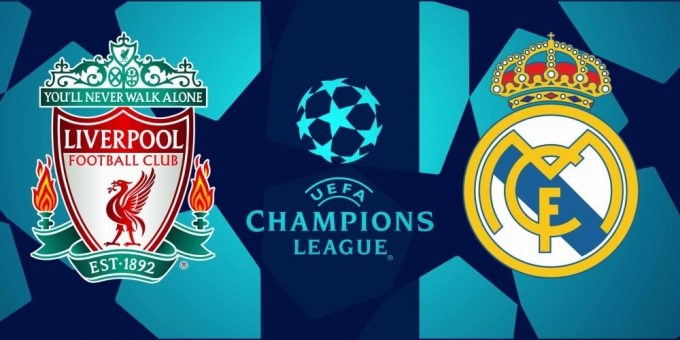 The last time these two clubs met at this stage, there was some controversy. Real Madrid won 3-1 and Gareth Bale scored one of the all-time UEFA Champions League final goals but Mo Salah’s dislocated shoulder forced him off early and Loris Karius gifted Madrid two goals.

This time around, Liverpool will be hoping things are different. The Reds have been one of the best teams in Europe from the beginning of the season. While their quadruple dreams have since died with Manchester City’s Premier League final day win, a treble capped off by the Champions League is a very nice achievement too.

When Real Madrid suffered a home loss to FC Sheriff back in September 2021, thoughts of a Champions League final must have been furthest from their minds. And yet, here they are after beating several European giants to get here.

Read on for our UEFA Champions League preview below!

The two European heavyweights have met seven times. Over that period, Madrid have won 4 games, Liverpool have won 1 game and the fixture has ended in a draw twice.

This season, Liverpool finished second in the English Premier League with 92 points while Real Madrid won the Spanish La Liga after accumulating 86 points.

The dugout battle will be pivotal here. With two genuinely world-class head coaches who favor different styles, this is sure to be a classic.

Carlo Ancelotti is one of the most adaptable managers in world football. He’s not attached to one playing style and will instead send out his team to maximize their strengths and take advantage of any Liverpool weaknesses.

Jurgen Klopp’s Liverpool side are a different proposition. As usual, his team will be set up for his hardworking midfielders cover for the attacking fullbacks whose surges forward will allow the wide forwards to move inwards and wreak havoc.

The two managers have faced each other 10 times already. In that H2H battle, Ancelotti holds the advantage with 4 wins to Klopp’s 3 wins. They’ve also shared the points 3 times.

Liverpool have won three of their last five matches and drawn the other two. While they technically won the Chelsea game on penalties, the form guide shows their record over 90 minutes (W-W-D-W-D).

Over that same period, Real Madrid have won two games, drawn two games and lost once. That record is mitigated by the fact that they won the League early and coasted through their last four league games. (D-D-W-L-W)

Liverpool lost a few players to injury earlier this month. Mo Salah (Muscle injury) and Virgil Van Dijk (Knee injury) both went off injured against Chelsea during their FA Cup final game but returned to the squad for the Premier League finale against Wolverhampton Wanderers.

Real Madrid have benefited from winning their League early and have an almost fully-fit squad. The only doubt is veteran full back, Marcelo, who picked up a Leg injury in training.

Real Madrid have not lost to Liverpool in their last five matchups. Over that period, Madrid have scored ten goals to Liverpool’s two goals.
In the UCL this season, Liverpool have scored 30 goals (2.5 goals/game) and conceded 13 goals (1.1 goals/game) while Real Madrid have scored 28 goals (2.3 goals/game) and conceded 14 goals (1.2 goals/game)
Liverpool average more possession in the UCL (63.0%) and 533.8 accurate passes per game compared to Madrid who average 51.6% of possession and complete 502.7 passes/game.
Liverpool are less defensively assured than Madrid. The Reds average 11.5 fouls/game compared to Madrid’s 9.4 fouls/game. Despite fouling at a higher rate, Liverpool have received less bookings (14) than Madrid (25)
Mo Salah has scored 8 goals in this competition an xG of 8.0 while Karim Benzema has scored 15 goals from an xG of 8.4.

Benzema and Salah both to score @ 6.00. Both Balon d’Or candidates have been the best players for their respective sides and will be good value for goals in the final. Benzema has scored 4 goals in the last 5 H2H fixtures while Salah will be looking to try and make up for the 2018 final.

Over 1.5 cards for Real Madrid @ 1.40. Despite committing less fouls than Liverpool, Madrid get booked more. Expect a lot of cynical fouls in this game.

The two teams have averaged 11.6 corner kicks over their last five H2H games with at least 8 corner kicks in each game. Bet on over 7.5 corners in the game @ 1.24.

Bet on the UEFA Champions League final here and keep an eye peeled for the other sports and upcoming competitions on BetKing!