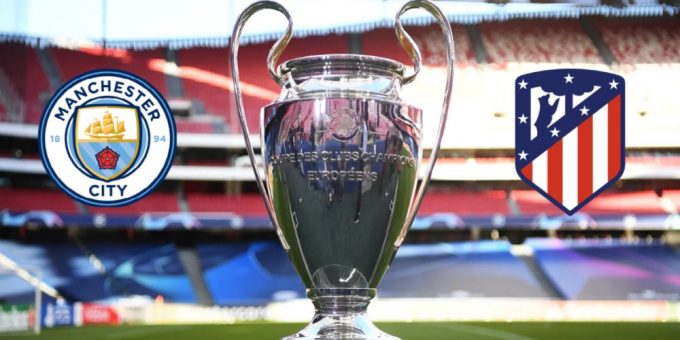 Tomorrow, Manchester City host Atletico Madrid at the Etihad Stadium for the first leg of their UCL Quarterfinal clash.

We all know what to expect from Manchester City by now. The EPL title favorites have been a consistent force for the last decade. Despite their Champions League mishaps, they are one of the UCL favorites every season for a reason.

Atletico Madrid was maddeningly inconsistent earlier this season but since February, their form has improved. They currently have 6 wins in a row in all competitions and will be eager to make Tuesday night’s game their 7th straight win.

Our BetKing experts have previewed the match by comparing their Head-to-head record and Form guide. We’ve also included the team news and our prediction. Read on below!

Manchester City vs Atlético Madrid Head-to-Head
Since Manchester City and Atlético Madrid have never met in an official football match, the best comparison we have of both sides at this point is their league standings. Man. City are currently the #1 team in the English Premier League with 73 points from 30 games. Over in the Spanish La Liga, Atletico have amassed 57 points from the same number of games.

Pep Guardiola vs Diego Simeone Head-to-Head
Despite the two clubs not having met yet, their managers have some history together. Both men coached Spanish Giants, Barcelona and Atletico Madrid. They also met in the Champions League when Bayern Munich and Atletico Madrid faced off in 2016.

This will be the 4th meeting of both managers. In their previous 3 meetings, Guardiola won two games while Simeone won one game. In the second game Simeone lost to Guardiola’s Bayern Munich team, the Argentine manager managed to still qualify on away goals.

Form Guide
Manchester City have not lived up to their usual standards recently with three wins and two draws from their last five games. (Form: W-W-D-D-W)

Atletico Madrid, on the other hand, have been in scorching form with five wins from their last five games. (Form: W-W-W-W-W)

Manchester City vs Atlético Madrid Team News
Man. City will have to do without the services of key defender, Ruben Dias. The Portuguese center back missed Portugal’s two World Cup playoff games and will be replaced by John Stones in the Manchester City lineup for Tuesday’s game.

There are no other notable absences in the Manchester City squad.

Diego Simeone will be without the services of Hector Herrera and Yannick Carrasco who miss out to injury and suspension respectively. Jose Giménez is also a doubt for the game as he picked up a muscular injury against Alaves and will undergo a late fitness test later today.

The Atlético Madrid squad has no other notable absences.

Manchester City vs Atlético Madrid Prediction
We all know how both sides will approach this game already. This is unlikely to be a high-scoring fixture unless either manager makes a huge mistake. Under 2.5 goals at 2.10 is a bet we like.

With the amount of pressure Manchester City are going to exert on the away team who will also be defending for their lives, the possibility of a penalty being given at some point is there. Since Riyad Mahrez and Kevin de Bruyne, City’s usual penalty takers, are excellent at spot kicks, we think city to score a penalty is worth a cheeky punt at 5.10.

As usual, BetKing is offering amazing Champions League betting odds and bonuses this season. Visit us here to enjoy our offers!