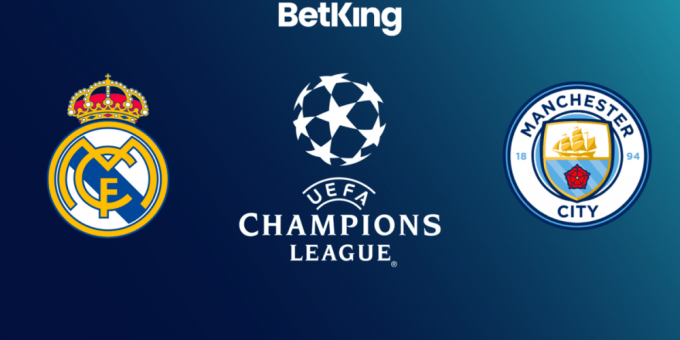 The City of Manchester will be the centre of attraction on Tuesday evening as Manchester City take on Real Madrid at the Etihad stadium.

The hosts are now one of the best teams in the world and as part of their push to win their first Champions League title, would love to beat the winningest team in UCL history to get there.

Real Madrid on the other hand need no introduction. With 13 Champions League titles, they have the most UCL trophies ever and will be looking to add a 14th UCL title to the Spanish La Liga this season. When they, as expected, win the La Liga this season, it will be the record-breaking 35th time, 9 more than second-placed Barcelona.

What factors will affect who goes on to the final? Which players are likely to miss out through injury?

Read on below for our exhaustive pregame analysis!

Manchester City vs Real Madrid H2H
Due to both teams playing in different leagues, this fixture has only been played 8 times.

The wins have been spread evenly. The two teams have won three games each and drawn two games.

The two teams also currently lead their respective leagues. Manchester City have accumulated 80 points from 33 games, one point ahead of Liverpool. Real Madrid have 78 points from the same number of games but more importantly, they’re 15 points clear of 2nd-placed Barcelona.

This could prove crucial in this fixture. Manchester City have no margin for error with Liverpool breathing down their necks and must risk burning out their more important players to compete on both fronts. Madrid, on the other hand, need just one point from their next 5 games to win the La Liga trophy and can afford to rest their more important players in La Liga games with the UCL in mind.

Real Madrid have fared better over that period. The Spanish giants have won four of their last five games and lost the fifth to Chelsea in the second leg of their UCL Quarterfinal fixture that they still ended up winning on aggregate. (Form: W-W-L-W-W)

Manchester City vs Real Madrid Team News
Despite an injury scare after their last UCL game against Atletico Madrid, two senior members of the Manchester City squad, Kevin De Bruyne and Kyle Walker, are back and expected to play tomorrow. Starting full back, João Cancelo, will miss the game after receiving a one-game suspension for accumulating yellow cards.

David Alaba and Ferland Mendy are also doubts for the game. The Austrian defender picked up a knock in the Osasuna game and had to go off early while Mendy is part of the Madrid squad for the game after recovering from a muscle injury. It will be touch-and-go right until kick off to see if the two first team players can make the starting XI.

Manchester City have won the last three games against Real Madrid (including friendlies) and the last two competitive games against the visitors.
In 2 of the last three occasions both teams met, Man City won and dominated Real Madrid, posting higher possession stats, more total shots and shots on target, and forcing Real Madrid into accumulating more bookings.
Whichever team progresses from this fixture can still win a double this season if they end up winning the UCL. Real Madrid are overwhelming favorites to win the La Liga title while Manchester City are slight favorites to retain their EPL title.
Real Madrid are unbeaten in 6 away games. If they can keep that streak going against City, their chances of advancing to the final increase drastically.
Karim Benzema already has 12 goals in the UCL this season from an xG (expected goals) of just 6.5. The Real Madrid talisman averages 2.5 shots on target per game. With the quality of his finishing, he will be favored to continue to continue his hot streak against Man City.
Man City’s highest goal scorer is Riyad Mahrez. The Algerian forward has scored 6 goals from an xG of 5.9 while averaging 2 shots on target per match. The home side will look to get him into dangerous positions as much as possible.

Manchester City vs Real Madrid Prediction
The betting experts all back Manchester City heavily for this one. At 1.50, there’s a chance to land a quick win if the home side win, as widely expected.

The two teams scored 3 goals in both fixtures last time they met. Over 2.5 @ 1.65 is another bet the experts recommend that we like.

If you believe Real Madrid can pull off an upset by winning at the Etihad, then Real Madrid to win and Benzema to score is available @ 12.00 (boosted from 9.5)

You can check out the rest of our boosted UCL King’s Combo odds here as well as the amazing odds, bonuses, special offers and Odds Boost we offer on BetKing!