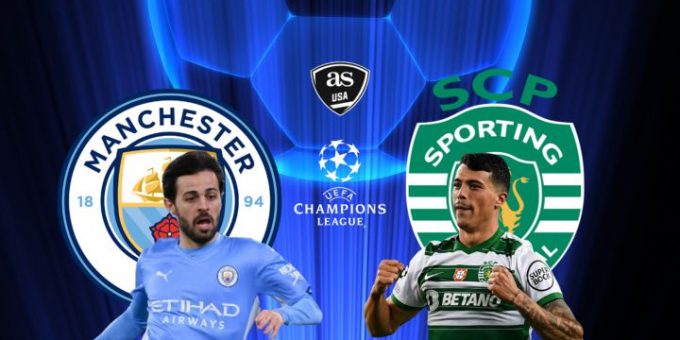 With one foot already in the next stage of the Champions League, Manchester City will be hosting Sporting Lisbon following an exceptional 5-0 victory in the first round of the tournament. They’ll now be looking to finish the job by destroying Sporting with relative ease in their backyard at Etihad Stadium.

If you’re looking to place winning bets on the match, read on for head-to-head, top football betting tips and team news on the Manchester City vs Sporting Lisbon match.

Manchester City vs Sporting Lisbon Head-to-Head & Preview
Looking back at their last four clashes, the results seem even with two matches won by each side and no draws. However, Manchester City players have been in top form recently and their last meeting in Lisbon against the reigning Portuguese champions resulted in an astounding 5-0 win by the Citizens.

The Manchester City squad will head into the match with an impressive 4-1 win against their rivals Manchester United. They’re currently on a 3-game winning streak and show no signs of slowing down, thanks to efforts by key players like Phil Foden, Riyad Mahrez, Raheem Sterling and Bernardo Silva.

Over on Sporting Lisbon’s side, the team has displayed sloppy results as of recently, with just two victories in their last 6 games in what’s becoming one of their worst performances since Ruben Amorim came on board. It’ll take nothing short of a miracle to help them advance to the next stage at this point.

If they do end up winning, this will be one of the biggest comebacks in the Champions League history since Barcelona’s epic win against PSG 5 years ago, when they got over a 4-goal deficit to win 6–5 on aggregate in one of the most controversial matches in the league’s history.

Manchester City vs Sporting Lisbon Team News
In Manchester City news, Pep Guardiola has quite a few injury troubles going on. Cole Palmer, Nathan Ake and Ruben Dias will all miss the game due to injuries while Kyle Walker will be out as he’s currently serving a 3-match ban. Guardiola may keep Kevin De Bruyne on the bench so he’s rested and available for the first leg of the quarterfinals.

Sporting Lisbon will also have a player missing due to suspension troubles as Matheus Nunes is currently on a ban due to yellow cards. He’s likely be replaced by Manuel Ugarte. Pedro Gonclaves and Joao Palhinha may also be sidelined due to injuries. Amorim may choose to rest some of their top players since they won the first leg of the tournament and had a big weekend derby.

Ready to try your luck? Head to BetKing to place your bets. And stay tuned for more UEFA Champions League betting tips and predictions.