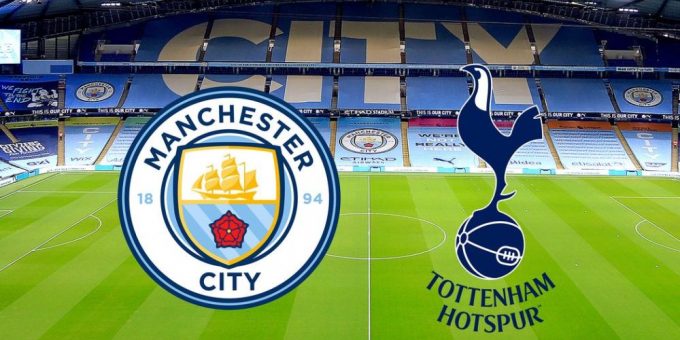 This weekend, we get to see these two elite EPL clubs battle it out for the title and a place in the top four.

Manchester City are the best club side in the Premier League and will be the favorites in this game, but that does not mean Tottenham will show up expecting to be beaten. They have one of the best head coaches in the world in Conte, and if the Tottenham squad can play to their potential, the outcome of the game may please the chasing Liverpool.

Where will this game be won and lost?
Read on for our H2H analysis, team news, form guide and match prediction!

In the last ten games, City has the advantage with 5 wins to Tottenham’s 4 wins. In that period, they’ve also drawn one game.

Both sides have already met once this season, with Tottenham wining that game.
In terms of overall standings, City tops the table with 63 points while the North London side is 27 points adrift of their opponents with 36 points.
Form guide

Man City have 4 wins and 1 draw in their last five games. (Form: W-W-W-W-D). Over that same period, Tottenham has 3 losses and 2 wins.

Man City enter Saturday’s game in much better form than their opponents.

The Manchester City squad is large, however, so Manager Pep Guardiola can call on reliable alternatives easily.

Tottenham have faltered in their bid to finish in the UCL places recently as two home losses have them languishing in 8th position. Expect Conte to switch things up a bit by dropping underperforming players for Saturday’s game.

The Tottenham defence is still missing their defensive leader; Eric Dier while Japhet Tanganga and Oliver Skipp are still out injured and are expected to miss the game.

Manchester City vs Tottenham Prediction
This should be an end-to-end game, matches between these two often are. But Manchester City top the Premier League table for a reason. Expect them to win this one.