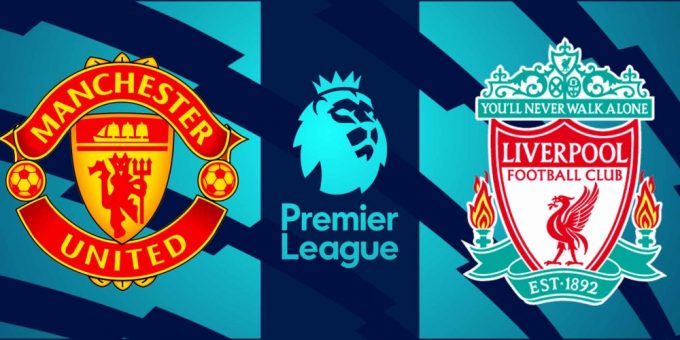 Since the pandemic outbreak halted football activities for months and the Premier League officially launched its Project Restart, Mo Salah has been the 8th highest scorer at Old Trafford. You might need to read that again and perhaps, slowly this time.

Liverpool haven’t just had the upper hand in this fixture, they have been ruthless and dominant. Last season alone, they scored 9 goals against Man Utd in the 2 games they faced each other with the Red Devils failing to reply any of the goals.

The hosts are currently 20th in the Premier League after 2 defeats in 2 and a goal difference of -5. With the Man Utd fans planning a protest of the current owners before kickoff including a “stadium walk out” after kickoff, another loss on Monday could send the club into full meltdown.

Though it is still early days, the 3 summer additions of Eriksen, Malacia & Martinez have failed to make an impact but the club has announced the signing of Casemiro from the reigning European Champions Real Madrid while 2 more signings are rumoured to be on their way.

Superstar player, Cristiano Ronaldo remains unhappy at the club with the latest news being his rather strange comment on an Instagram post: “you’ll all know the truth when I do an interview in a few weeks’ time” before adding “The media only spouts lies. I have a notebook and out of the last 100 news stories that have been written (about me), only five have been accurate. You can imagine the way things are. Bear that figure in mind.”  The one piece of information the Man Utd fans would be hoping is in that notebook is an outline on how to win against Liverpool.

Liverpool haven’t exactly had the greatest of starts this season. They’ve had to come back from behind on 3 occasions to earn 2 draws in their opening games of the campaign. Darwin Nunez & Mo Salah had to cancel out Mitrovic’s goals in their opening game as they settled for a draw with Fulham at Craven Cottage while a 10-man side had to rely on the individual brilliance of Luis Diaz to avoid a defeat at Anfield when Crystal Palace visited last Monday. Klopp would have reason to worry ahead of the derby against Man Utd and rightly so. With Man City already ahead by 4pts this early in the season, a failure to win against Man Utd coupled with another win for Pep’s men against Newcastle could see the title slowly shift towards the Etihad for the 3rd year in a row. Admittedly, that’s an absurd statement just 3 matchdays into the season but that’s the bar both teams have set over the past 5 years; there’s little margin for errors if you want to win the Premier League.

Erik ten Hag began his Man Utd career with a 4-0 win over Liverpool in the Bangkok Centenary Cup but the less said about a friendly tournament, the better. Liverpool have dominated this fixture in recent years. Klopp’s side have put at least 4 goals past Manchester United in each of their last 3 league meetings as they’ve outscored them 13-2 in that period. Given United’s inability to beat the press, defend set-pieces and score goals in their two games this season, the Red Devils go into Monday night’s game as the underdogs.

Liverpool: The visitors are currently on their worst league form since December which says a lot about the quality of this side. Impressively, the last time they went more than 2 games without a league win, they won 10 in a row. With 2 draws in 2, they’ll be looking for a bounceback win. League Form: D-D-W-W-W

Liverpool: The visitors come into this with lots of unavailable players but enough available ones capable of causing damage. New signing Darwin Nunez will serve the first of his 3 match bans for a sending off against Crystal Palace while Joel Matip, Thiago Alcantara, Ibrahima Konate, Curtis Jones, Diogo Jota and Alex Oxlade-Chamberlain are all still injured. Roberto Firmino is back healthy and should start which is some good news for them. Here’s how they’re expected to line up. Alisson; Alexander-Arnold, Gomez, Van Dijk, Robertson; Elliott, Fabinho, Henderson; Salah, Firmino, Diaz  (4-3-3)

Man Utd (Cristiano Ronaldo): The 5-time Ballon d’Or winner might be unhappy at the club but he remains the key figure while he’s still around. Since he arrived, Man Utd have failed to win a game he hasn’t played in although, lately, his presence hasn’t made much of a difference. Regardless, if anything good is to come out of this United side that has looked uninspired, it’ll have to be from him.

Liverpool (Mo Salah): The Egyptian Forward has scored 6 goals against United in the last 3 meetings including a hat-trick at Old Trafford last season. With a few Liverpool players out of action, the responsibility to get his team on the scoreboard rests on his shoulders; something he has no problem with.

Both Teams to Score: While Man Utd failed to score against Liverpool last season and have only scored once this season (an own goal), they are due a goal, you would agree. It’s also expected that Liverpool get on the scoresheet at least once. Fancy both teams to score then? @1.52
Away To Win Either Halves: Think Liverpool would outscore their opponents in either the first or second half? Have a crack at it @ odds of 1.32
Goals Away (3+): If you believe Liverpool will continue their incredible scoring form against Man Utd which has seen them score 4 times or more in 3 consecutive league games, it’s here @2.57
Home Clean Sheet: Think Man Utd will defy all the odds and finally keep a clean sheet? That’s available @7.30