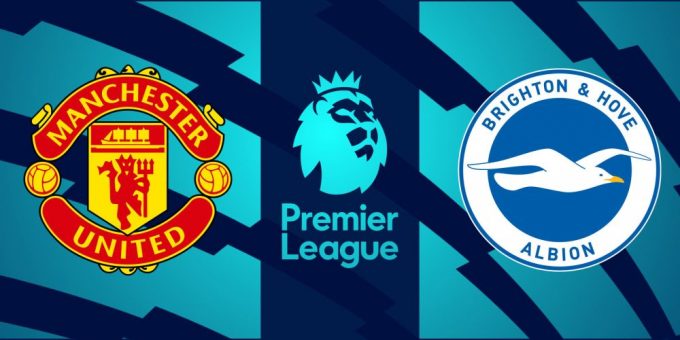 With the 2022/2023 English Premier League season kicking off in earnest on Friday night, one of the most anticipated matches of the opening matchday is Manchester United welcoming Brighton & Hove Albion to Old Trafford on Sunday afternoon.

United, one of the best supported clubs in the league and the world at large, are currently under a lot of scrutiny after a forgettable 2021/2022 season, especially with new manager Erik Ten Hag in charge.

Seeing as former interim manager Ralf Rangnick failed to pilot the club into the UEFA Champions League spots last season, a lot is expected of Ten Hag, who made a name for himself in an impressive five-year tenure at the helm of Ajax in the Eredivisie. How the team shapes up with a new manager running things is definitely the major reason many will be paying close attention to Manchester United this season.

There is also the matter of Cristiano Ronaldo’s commitment to the club following their failure to book a UEFA Champions League spot for this season. The 37-year-old, after being substituted at half time, left Old Trafford before the end of the club’s final pre-season friendly against Rayo Vallecano, and Ten Hag expressed his displeasure with Ronaldo’s actions.

However, despite the drama, Ten Hag has admitted that he is happy to have Ronaldo on board. “How do I feel about starting the season with Ronaldo? I’m really happy,” said the Dutchman.

“We have a top striker and I’m really happy he’s here, he’s in the squad and we stick to the plan.”

Starting with their opening match of the season, United will be looking to redeem themselves and prove they are still a formidable team, rather than one merely riding on past glory. While emerging as champions is an uphill task considering they have Manchester City and Liverpool to contend with, the Red Devils can improve on last season by qualifying for the Champions League at the very least. New signings such as Tyrell Malacia, Christian Eriksen and Lisandro Martinez are expected to drive this improvement.

Pre-season matches may not be much to go on, but Manchester United had a decent showing, winning three of their six matches, including a 4-0 thumping of Liverpool. Their only loss was a slim 0-1 defeat to Atletico Madrid.

Unlike Manchester United, Brighton are coming off their best season yet after finishing ninth – their highest-ever finish in the top flight. Graham Potter’s men impressed with their entertaining style of play and have established themselves as one of the most improved clubs in the league.

The Seagulls however come into this season somewhat depleted after the sales of Yves Bissouma to Tottenham and Marc Cucurella to Chelsea, two players who were instrumental to the club’s huge 4-0 win over Manchester United at the Amex Stadium last season. That win effectively ended Manchester United’s hopes of a Champions League spot with just one match left to play. Both players were also key to the club’s overall success.

Leandro Trossard and Neal Maupay, who are two of Brighton’s best players, will be eager to pick up where they left off last season. New signings Julio Enciso, Simon Adingra and the highly rated Levi Colwill, who joined on loan from Chelsea as part of the Cucurella deal, will be looking to settle in quickly as well.

From the sales of Bissouma and Cucurella, Brighton received a cumulative sum of £87 million, a sizeable return that could be reinvested to further strengthen the squad before the close of the transfer window.

With three wins, one draw and one loss during pre-season, Brighton seem to be in a good place. A 5-1 victory over La Liga side Espanyol was the highlight of their preparations for the season.

After Brighton plunged a dagger into the hearts of Manchester United fans with a 4-0 win in the penultimate match of the 2021/2022 season, the Red Devils will understandably be out for revenge. Playing at Old Trafford is an added advantage and kicking off the season with a convincing win in front of the home fans could set the tone for the rest of the campaign.

It is unlikely to be a walk in the park for Manchester United, but taking their superior quality into account, this is certainly winnable.

Brighton have lost eight consecutive matches at Old Trafford. With Ten Hag’s men high on confidence and looking to draw a line under a disappointing 2021/22 campaign, that run could very well stretch to nine.