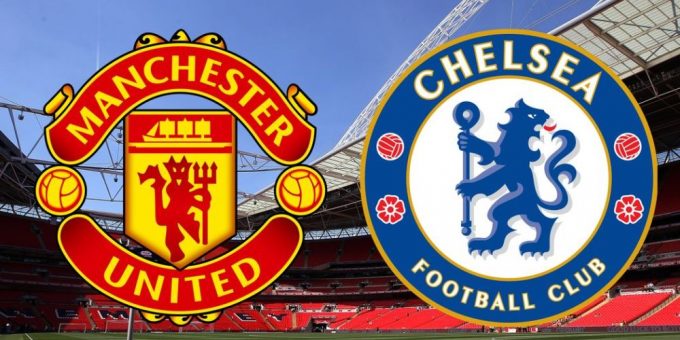 It’ll be a case of the mentor vs the mentee as Thomas Tuchel’s side faces Ralf Rangnick’s squad in the upcoming English Premier League match between Manchester United and Chelsea this Thursday at Old Trafford. The match will be refereed by Mike Dean.

Both teams haven’t been in the best of forms recently, so it’ll be interesting to see which side comes out on top. If you’re looking to indulge in sports betting, there will be plenty of opportunities to win, so read on for our expert football betting tips on the game.

Manchester United vs Chelsea Head-to-Head and Form
When looking at past Chelsea fixtures against the Red Devils, Chelsea came out victorious 26 times, Manchester United won 24 games and 25 matches ended in a draw. The goal difference was 102-103 in favour of the Blues. Both teams are capable of an average of 10 shots per game.

As far as recent form is concerned, Manchester United have been more unimpressive lately, with only 2 wins from their last 10 games. They come into the match after a devastating 3-1 defeat against Arsenal, bitterly regretting a missed penalty at 2-1 from Bruno Fernandes, which could have changed the outcome of the match. The team are currently 6th on the Premier League table with 54 points.

Chelsea too missed a penalty in their last match, but still managed to win the game, defeating West Ham by a single goal made by Christian Pulisic in the dying moments of the game. They find themselves on the 3rd place in Premier League standings with 65 points.

Chelsea have a 9-game winning streak when playing away from home and remain unbeaten in their last 16 away games.
The Red Devils have conceded at least 1 goal in their last 8
The Blues have scored at least one goal for 13 games in a row.
Manchester United have bagged 12 goals in their last 17 Premier League home games.
On average, Chelsea players score 2 goals while Manchester United score 1.4 goals in their meetings.
Manchester United haven’t been defeated in their previous 9 league matches at home.
Chelsea are ranked number 1 for penalties awarded this season in the Premiere League.
In the last 3 games between the Blues and the Red Devils, there were 15 yellow cards and a staggering 39 corners.

Manchester United vs Chelsea Team News
In Manchester United news, Cristiano Ronaldo netted his 100th goal in the English Premier League and is expected to play a significant role in this match as well. Their last game without a Ronaldo goal was all the way back in February and if anyone can win this game for United, it will be him.

In other updates, the team will be without Pogba, Fred and Cavani due to injuries. Juan Mata might face his old club Chelsea for the last time in this fixture.

As for Chelsea news, Rudiger is leaving Chelsea at the end of the season to go to Real Madrid on a free transfer. As for injuries, Reece James remains doubtful due to a hamstring issue while Thiago Silva is back in the line-up and will likely lead the defence. Chilwell, Hudson-Odoi and Kovacic will also miss the match due to injury troubles.

Manchester United vs Chelsea Betting Tips
With their Champions League dreams squashed, the Red Devils will likely have their confidence at rock bottom, especially after losing their last 2 games. We won’t be surprised to see the Blues causing them further distress despite their home advantage.

Tip 2: Both teams to score

Ready to start football betting on the best betting site in Nigeria? Head to BetKing and win today.