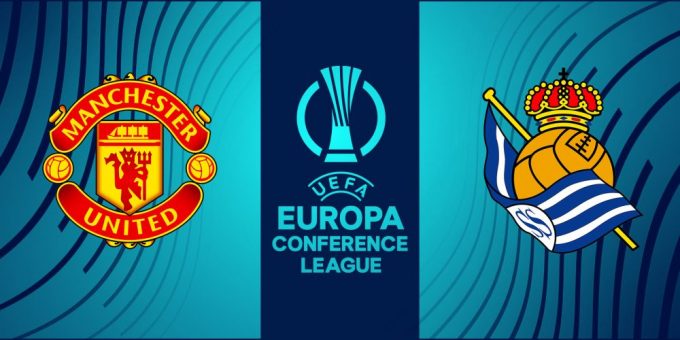 Fresh off ending Arsenal’s 100% league record on Sunday, Manchester United head into their Europa League group stage opener full of confidence. This game presents a chance to rotate the side a little but Erik ten Hag will be smart enough to know better than underestimating a Real Sociedad side who were top of La Liga for a few weeks last season.

One of Erik ten Hag’s significant changes has been the defensive stability of the team after the mauling they suffered at the hands of Brentford. Big calls to drop club captain, Harry Maguire and his England international teammate, Luke Shaw as well as dropping Cristiano Ronaldo (who isn’t as willing to press as the other younger players) have provided instant results. United have kept two clean sheets and conceded just twice since these changes were made. The team will be looking to build on this.

On Thursday, players like Donny van de Beek, Fred, Aaron Wan-Bissaka and Garnacho will be expecting some game time while Cristiano Ronaldo, Harry Maguire and Luke Shaw would be hoping to start. While many fans might see this game as “a chance to rest players”, triumph in this tournament could be a way back into the Champions League next season given how tough the race for Top 4 in the Premier League is expected to be this season. The manager and players should be looking to take this competition seriously from this first Matchday

The visitors are making a third successive appearance in the Europa League group stage, and they successfully made it through to the knockout stage in 2020/21 and 2021/22. However, Real Sociedad would have bitter memories of their 2021 exit when they suffered a 4-0 (agg) defeat to an Ole Gunnar Solskjaer led Man Utd.

This season, they’ve had a decent start to their league campaign with 2 wins and a draw in their opening 4 games. Their only loss was a 4-1 hammering at the hands of Barcelona in front of their home fans while they’ve picked up both of their wins away from home. New signing Umar Sadiq made his debut on Saturday and the Nigerian forward was on the scoresheet to help his new team earn a comeback draw at home to Atletico.  So far this season, Real Sociedad have done most of their damage on the road, (though they are against significantly weaker opposition in Cadiz & Elche) and this would give them a little bit of confidence heading to the Theatre of Dreams on Thursday.

Manchester United and Real Sociedad have met 4 times in the past, with the Red Devils winning twice and the other two ending in stalemates. Real Sociedad is yet to score a goal against their Thursday hosts but the last time they met, the game ended in a draw.

Manchester United: The Red Devils’ 3-1 win over Arsenal on Sunday was their 4th in a row and they look like a different team from the one that got disgraced at Brentford. While their new found form is something to get the fans excited about, there are still concerns about their scoring form. Besides the game against Arsenal, United have struggled to convert chances this season. They’ve scored just 8 league goals in the current campaign; the joint lowest out of all the teams in the top half of the Premier League. Current Form: L-W-W-W-W

Real Sociedad: Just like Man Utd, Thursday’s visitors have struggled to score goals this season. They’re currently 9th in La Liga and their 4 goals scored is the lowest by any team in the top half of the table while their 5 goals conceded is the 2nd worst of those teams. A major reason for their struggles in front of goal has been the absence of Mike Oyrazarbal who led the team in scoring last season with 15 goals despite being injured towards the end. They’ll be hoping the signing of Sadiq Umar could change their luck. Current Form: L-W-L-W-D

MANCHESTER UNITED: After very little changes in the last 4 games, Erik ten Hag is expected to rotate a bit with the games now coming in thick and ast over the next couple of months. Of course, the thinking would be to not over-rotate and risk ruining the chemistry that has been built over the last 3 weeks; finding a balance would be key for the Red Devils. Here’s how they’re expected to line up:  David De Gea; Aaron Wan-Bissaka, Harry Maguire, Lisandro Martinez, Luke Shaw; Casemiro, Fred;  Antony, Bruno Fernandes, Anthony Elanga; Cristiano Ronaldo (4-2-3-1)

REAL SOCIEDAD: The visitors are expected to name their strongest side possible at Old Trafford. Mike Oyrazarbal is still out for the game but Sadiq Umar who scored on his debut would be expected to lead the attack. Here’s how they’re expected to line up: Alex Remiro; Alex Sola, Aritz Elustondo, Andoni Gorosabel, Aihen Munoz; Martin Zubimendi; Mikel Merino, Brais Mendez; David Silva; Sadiq Umar, Mohamed Ali Cho (4-1-2-1-2)

Manchester United (Cristiano Ronaldo): Ronaldo could be handed his first start in 5 games as the Portuguese continues his search for a first goal contribution of the season. Crisitiano Ronaldo is no stranger to Thursday night’s opponents, thanks to his time in Spain. While at Real Madrid, Ronaldo faced Real Sociedad 9 times between 2010 and 2018. He won all 9 games scoring 15 goals (including 2 hat-tricks) and providing 4 assists.

Real Sociedad (David Silva): No one in Real Sociedad knows this Man Utd team like David Silva does. His decade-long battle with them during his time at Man City has provided him with enough familiarity. The Spaniard has 3 goals and 2 assists in 8 appearances against Man Utd at Old Trafford, all coming in the Premier League between 2011 and 2019. Expect the team to rely on his genius in the attacking-third.

Man Utd have never conceded in four previous meetings with Real Sociedad (W2, D2), facing no side more often in their history without conceding a goal.

Real Sociedad have never won against English opponents in Europe (D2 L4), scoring only once across 6 matches.
Man Utd are currently unbeaten across their last 18 home matches in the Europa League (W14 D4), starting with a victory against FC Midtjylland in February 2016.
Man Utd manager Erik ten Hag has lost 8 of his 20 home matches in Major European competitions as a manager (40%), compared to only 2 of his 20 in away matches (10%).

Home To Win Either Halves: This should be an easy one to knock out. @1.35
Home Clean Sheet: Man Utd haven’t conceded to Real Sociedad in 6 meetings. You can bet on that run to get extended to 7 games @2.50
Win To Nil Home: Think Man Utd will win and also keep a clean sheet, that’s available @2.97
Total Bookings (Under 5.5): Fancy the ref to not be so busy in this game, you can bet on the total number of cards shown to be 5 or less @1.48