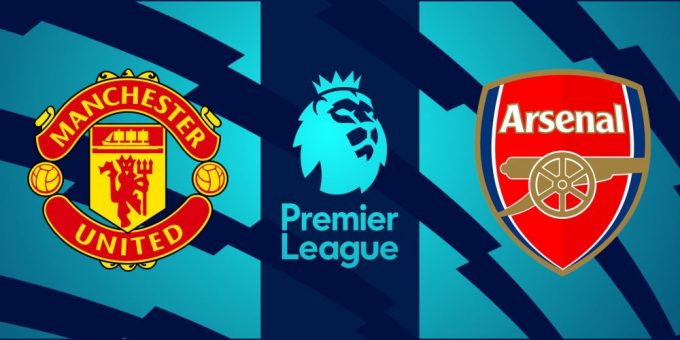 Arsenal’s “All or Nothing” documentary confirmed what many knew; Mikel Arteta is building something special at the club. He’s stripped the team of its ageing stars and has started a rebuild around a couple of academy graduates and other equally young players.

The team’s collapse towards the end of last season when they seemed destined for a Top 4 finish can be blamed on the naivety that comes with having the youngest squad in the league. However, this season, they seem to have worked on this and look a lot more commanding in games.

The additions of Gabriel Jesus and Oleksandr Zinchenko from Manchester City have proven to be a masterstroke. Mikel Arteta worked with the pair when he was Pep Guardiola’s assistant at The Cityzens and knew their winning mentality would boost the squad, which it has.

Young star, William Saliba has also settled in very well at the club and has been one of the best defenders in the league this season. He has looked assured in a back-three and in a traditional four-man defence line which has boosted the team ahead of the trip to Old Trafford.

At Man Utd, Erik ten Hag’s changes to the backline have proven to be successful. Dropping club captain Harry Maguire and Luke Shaw to the bench has seen the defence look sturdier than it has in recent years. When Diogo Dalot made a late block in Thursday night’s win against Leicester City, he let out a roar and punched the air as his fellow defenders ran to him and joined in the mini-celebration. This showed they’re not just a unit tasked with defending but a group of guys who take pride in doing that.

The manager’s handling of the Cristiano Ronaldo situation has also earned him the respect of the squad.  After a long summer of the 5-time Ballon d’Or winner trying to force his way to a Champions League team, he was eventually dropped by Erik ten Hag and has been forced to earn his way back into the starting lineup rather than have it handed to him based on his undeniable reputation.

This will be Arteta’s first big test of the season and while a section of the media and general football fans have tried to dismiss their great start to the season due to the relative ease of their fixtures, the cliche “you can only beat what is front of you” is true for this Arsenal side who have been convincing in each of their wins this season. Gabriel Jesus’ 3 goals and 3 assists in the opening 5 games will pose one of the biggest threats to Man Utd’s defence while they have to remain wary of Granit Xhaka who has scored more goals (3) against the Red Devils than any other club in his career – even more impressive, all 3 goals have come from outside the box. Luckily for Man Utd, all 3 of these goals have come at the Emirates.

For the home team, this would be another big test for them as they face a club they will be competing with for a place in the Top 4. After a convincing win against Liverpool two weeks ago, Man Utd will be coming into this game full of confidence in themselves and while they’re still struggling to score goals as evident by their negative goal difference (-2), they have enough in them to cause the current league leaders significant damage.

These two sides have been tough to separate in recent times, they split the wins last season. The goalless draw in January, 2021 was the first since February of 2014 as they have hardly failed to provide entertainment. Though this fixture has lost the intensity it had in the late 90s & early 2000s when the Sir Alex Ferguson and Arsene Wenger rivalry was at its peak, it remains a Premier League’s must-watch fixture.

Man Utd (5th): After a terrible start to the season, Erik ten Hag seems to have steadied the ship. 3 consecutive wins in the league have taken them from 20th to 5th in just 2 weeks. While Man Utd haven’t exactly been convincing in the second half of these 3 wins, their first half performances and much-improved defensive resolve has been enough to see them through. There are still concerns about the lack of ruthlessness in front of goal but the 3 wins have provided a foundation to build on – it is a long season, after all and no one is expected to have it all figured out 5 games in. League Form: LLWWW

Arsenal (1st): One word – resilience. The Gunners are enjoying what could be their best top flight start since 1947 (if they win on Sunday) and this can be attributed to the resilience of the squad. The ability of this team to win in different ways has been admirable especially in a league where most teams have a lot of quality.

They’ve won comfortably (like the Bournemouth game), had to win ugly (against Crystal Palace), had a comeback win (against Fulham) and had to fight off attempted comebacks (against Leicester City). Though they possess the youngest squad in the league (average age of 24.6years), the Gunners’ maturity and mental toughness this season has been admirable.  League Form: WWWWW

Man Utd: With the Transfer Window finally shut, the talk surrounding Cristiano Ronaldo can be put to rest till January, at least. Erik ten Hag might finally give him a start ahead of Anthony Elanga after being benched for 3 games in a row but Harry Maguire and Luke Shaw, who have also been away from the starting lineup for 3 games, are likely to remain out for a 4th. The manager has named an unchanged side for 3 consecutive matches now but it is widely believed Casemiro could make his first start for the club while latest signing Anthony would have to settle for a spot on the bench. With the other Anthony (Anthony Martial) still out injured, this is how they’re expected to line up:

Arsenal: The Gunners have been rocked by injuries very early but luckily for them, this hasn’t affected their form. Mikel Arteta confirmed injuries to his defensive midfielders – Mohamed Elneny will be out for months while Thomas Partey will miss a few weeks.

New signing Oleksandr Zinchenko will also be unavailable for the trip to Manchester with a knee problem but Aaron Ramsdale & Martin Ødegaard, who picked up knocks against Aston Villa on Wednesday, are expected to be fit to play.

Man Utd (Lisandro Martínez) : The Argentine defender had to endure a shaky first two games at the club but has quickly recovered. Recently named Man Utd’s Player of the Month, Martinez has formed a solid partnership with the experienced Varane. His aggressiveness, will to stop opponents and calmness while on the ball have all contributed to the defensive improvement at the club. He’s also been dominant in the air so far which has quickly quieted a section of the press.

Arsenal (Martin Ødegaard) : The Arsenal captain has been one of the keys to their early success this season. His 3 goals have helped propel them to the top of the league but it isn’t just about the goals for him. Ødegaard’s ability to unlock defences as well as his leadership on and off the pitch are arguably more vital than the goals he brings to the team. Alongside countryman, Erling Haaland, the Norwegian has been one of the best players in the league this season and Arsenal will be relying on him to unlock a sudenly competent Man Utd midfield.

Both Teams To Score: These two teams scored 9 goals between them last season. Think they’ll continue their scoring record in this fixture? @1.55
Arsenal to win: Fancy Arsenal to continue their fine form with a victory at Old trafford? @2.65
Man Utd to get more bookings: Man Utd has been aggressive in recent games with their defenders regularly picking up cards. This is priced at @2.03
Sending off: With both teams aiming to extend their winning records on Sunday, things could get very feisty and we could have a red card. This is available at a steal @4.40