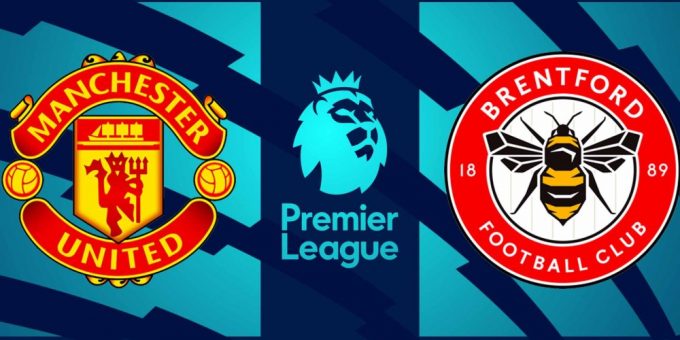 As the Eid Mubarak celebrations kick off worldwide today, Manchester United fans celebrating the end of the holy period will be hoping that their team does not ruin their celebrations tonight.

With three games left to play, Manchester United are in last-chance salon. 8 points behind 4th– placed Arsenal despite having played a game more, they will mathematically be unable to finish in the top four this season if they do not win tonight’s game.

40 points has long been the magic number associated with staying up in the Premier League and Brentford have already hit that number. However, they still need to be careful and will be breathing no sighs of relief yet. They can still be caught by 18th-placed Everton and will approach this game as a must-win, rather than a casual winding-down of the season.

The two teams have met just twice before; once in the Premier League and a club friendly last July. Manchester United won their sole competitive fixture, beating Brentford 3-1 at the Brentford Community Stadium and splitting the points with a 2-2- draw for the friendly.

On the English Premier League table, the Red Devils are currently in 6th place, with 55 points from 35 games while Brentford are in 14th position with 40 points from 34 games.

The home side’s form has been abysmal recently with just one win, three losses and one draw. (Form: D-L-L-W-L)

Brentford have fared better recently with three wins, one loss and one draw over the same period. (Form: D-W-W-W-L)

Manchester United have scored 1.54 goals/game while Brentford have scored 1.21 goals/game
The Red Devils have had a worse defensive record than Brentford this season, they’ve conceded 1.49 goals/game compared with the visitors who have conceded 1.44 goals/game. Brentford have also kept more clean sheets (8), compared to United’s 7 clean shutouts
Man United average 52% of possession while Brentford average just 44%. The home team is more likely to dominate the game.
The Red Devils average 4.9 shots on target per game while Brentford have averaged just 3.9 shots on target /game this season
Surprisingly, Brentford are more disciplined than Man United. The away side have conceded just 9.82 fouls/ game while Man United commit 10.31 fouls/game.
The two teams have the same number of red cards (2 each). Brentford (56) have been booked less times than Manchester United (68)
Cristiano Ronaldo and Ivan Toney are the top goal scorers for their sides. The Portuguese legend has scored 17 goals from an xG of 16.2 while Toney has scored 12 goals from an xG of 11.4.

Enjoy our OddsBoost and go with the expert prediction by betting on a Manchester United home win @ 1.75.

You can bet on how much possession the Red Devils will have by taking a punt on Ball Possession O/U Home FT & ET: Under (63.5) @ 1.67. The home side are expected to control a larger portion of the game, but not to get 11.5% more possession than their season average.

Manchester United to win more corners in the first half is another bet the experts like. At 1.65, 1X2 Corner HT: 1 is a worthy punt.

Our King’s Combo has some tasty offerings for you. Cristiano Ronaldo takes 4.1 shots/90 minutes in the English Premier League this season and averages 1.6 shots on target/90 minutes. He’s also United’s best goal threat and after Bruno Fernandes missed a penalty against Arsenal, their most likely taker going forward.

Manchester United v Brentford – Man United to Win & Ronaldo to Score has been boosted from 2.6 to 3.00.

You can bet on all these outcomes here and as always, visit us at BetKing to enjoy the best odds and bonuses around!