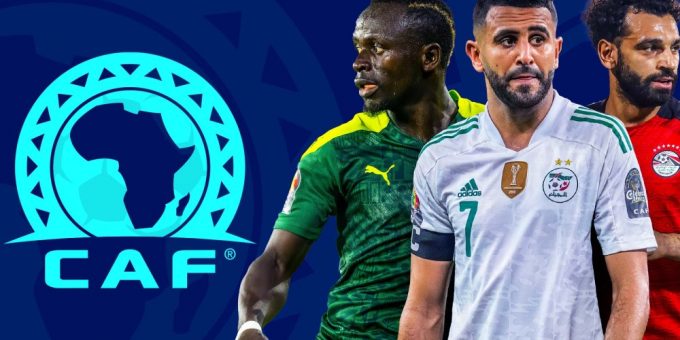 It is that time of year once more! The shortlist of male nominees for the highly anticipated Player of the Year award has been announced by the Confederations of African Football (CAF).

Naturally, this has sparked some heated debate, so we have decided to weigh in as well.

Mohamed Salah or Sadio Mane? Read on to find out what we think about the chances of your favorite player being crowned the next best player on the continent!

Unfortunately, there has been significant criticism around the absence of prominent figures like Nigeria’s Victor Osimhen and Moses Simon from the initial 30-man list and the 10-man shortlist.

This really has been Sadio Mane’s year. In January, the Bambali-born wide forward led Senegal to their first international trophy, breaking the jinx and silencing all naysayers. Months later, he was instrumental in sending Senegal to another World Cup, again at the expense of Mo Salah’s Egypt side.

Last month, he got his dream move to Bayern Munich and became the highest-paid African football player in the process. At 1.90, he’s the odds-on favorite to take the POTY award home.

With Mane gone to Germany, Liverpool fans must be relieved that Mo Salah still plays for them, even if there is some doubt about whether he signs a new contract. Last season, the Egyptian was unlucky to be at the other end of some narrow defeats namely; to Senegal in the AFCON final, to the same opposition in the World Cup qualifiers, to Manchester City in the English Premier League and to Real Madrid in the UEFA Champions League.

In any other season, he would be the favorite to win the POTY but in the last season, we do not think he has done enough to pip Mane to the crown this year. At 3.50, he will land you a bigger stack of money if you choose to bet on over Mane.

(Relevant stats: 2 trophies, 31 goals and 16 assists for Liverpool. 2 goals and 1 assist for Egypt)

After an inconsistent start at the Etihad, Riyad Mahrez has settled into the Manchester City team better in recent seasons.

In the 2020/2021 season, he made 50 appearances, his most yet. It is the ‘21/22 season he will remember fondly, however. He broke his personal record, scoring 24 goals and recording 9 assists in 47 games and was hugely influential as Manchester City successfully held off Liverpool to claim the Premier League title.

After leading Algeria to the AFCON title in 2019, he failed to repeat the feat at this year’s AFCON tournament. His abject performances as Algeria crashed out in the group stage ultimately tanked his chance to win this year’s CAF POTY, aptly reflected by his odds of 7.00.

As recently as seven seasons ago, Edouard Mendy did not have a professional football contract. Five seasons ago, he was playing in France’s second division. His meteoric rise since then has been down to his unshakeable will as well as his talent.

In 2021, the Balon d’Or voters took some criticism from angry fans who could not understand how Gianluigi Donnarumma won the Lev Yashin award ahead of the Senegalese shot stopper.

Earlier this year, he was rightly named the FIFA goalkeeper of the year and a month later, was celebrating Senegal’s first international trophy after being a difference maker during the tournament and in the final penalty shootout.

That he is not rated higher to win the CAF POTY award (9.00) is down to the continued excellence of the other players listed and Chelsea’s inability to challenge the bigger clubs this year.

After his short and unhappy stint at West Ham, Sebastien Haller needed to bounce back and prove the doubters wrong.

Luckily for him, he found that in Ajax when he moved to the Dutch capital in the ‘20-21 season. After he accumulated 28 G+A in 42 appearances in his first season, he went supernova last season with 43 G+A in 42 appearances. He also scored 1 goal and provided one assist in the AFCON tournament for his country, Côte d’Ivoire.

His good form has since earned him a move back to Germany with Borussia Dortmund, but for us, it has not been enough to come close to being named the CAF POTY this season. At 11.00, a bet on Haller to win the CAF POTY would be ill-advised.

(Relevant stats: 1 trophy, 34 goals and 9 assists in 42 appearances for Ajax. 3 goals and 1 assist for Cote d’Ivoire)

The Algerian right back was arguably the best defender at this year’s African Cup of Nations tournament. After maximizing the potential he flashed in Madrid at Inter Milan, he earned his big move to PSG and then went on to light up the AFCON tournament with his attacking forays from right back and his set piece prowess. Despite winning the French League, he will not be a strong contender for the CAF POTY award. However, this will count as recognition for his status as the best fullback in Africa and one of the best in the world.

Naby Keita: The Guinean midfielder has struggled somewhat since his move to Liverpool. His undoubted quality has shone through in patches, but he has not been able to string together the consistent performances he needs to truly cement himself as one of Africa’s top 3 players. This new season will give him another chance to become one of the first names on the Liverpool team sheet, but with him not being able to inspire Guinea to challenge at AFCON or qualify for the World Cup, he finishes relatively low on our list.

Kalidou Koulibaly: The defensive rock is close to securing a well-deserved move to Chelsea where he will play alongside National Team Goalkeeper, Edouard Mendy. Both players were instrumental in Senegal’s AFCON win and World Cup qualification this year, but Koulibaly is rated this low because good performances with Napoli are not as visible as good performances with Chelsea.

At the Nations Cup, the Lyon forward was outstanding alongside Vincent Aboubakar, his national captain and strike partner. If Cameroon had won the AFCON competition, as they appeared to until they faced Mo Salah’s Egypt in the semifinals, both would have placed higher on this ranking. Ekambi qualified for the top ten with 5 goals, the 2nd-highest total at AFCON 21. However, his selection has generated some debate because players like Victor Osimhen, who had superior overall seasons, were completely omitted off the shortlist.

There was a point where it looked like the host team were surefire AFCON favorites because of Aboubakar’s dominance. Unfortunately for them, they came unglued against Egypt and eventually had to settle for third place. Despite the disappointing finish, Aboubakar still finished with 8 goals in the tournament, just one goal shy of the Ndaye Mulamba’s 9-goal record, enough to get him a top-ten AFCON POTY finish.

Place a bet on your choice to be the next CAF POTY today!