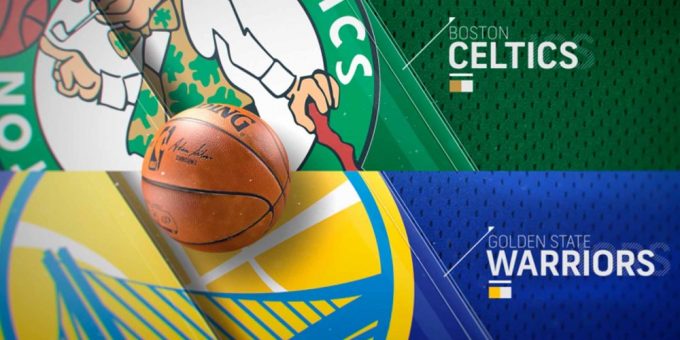 The 2021-2022 NBA Finals has a clear theme: Legendary older team with Championship experience versus eager young superstars itching for their first ring.

It’s taken a while to return to this stage but after two years out of the playoffs, the Golden State Warriors are breathing the rarefied air of the NBA Finals again. Boston’s young core of Smart, Tatum, and Brown, on the other hand, are yet to win an NBA title but has shown the talent and grit to challenge for one.

Ime Udoka has already surpassed expectations by getting to the Finals in his first season as a Head Coach. The former D’Tigers player was an Assistant Coach at the San Antonio Spurs, the 76ers, and the Brooklyn Nets before getting the Celtics job.

The Celtics will set two new records if they win the NBA Finals: they will win their 18th championship, more than any other team, and Ime Udoka will become the first Nigerian head coach to lead an NBA club to the NBA title.

Read on for our preview of how the Finals will unfold below!

Before settling on their current moniker, the Golden State Warriors were known as the Philadelphia Warriors (the organization was based in Philadelphia at the time) and later the San Francisco Warriors.

The Celtics have been even more dominant in the playoffs, winning all four series in which the two teams have met. Their total playoff record favors Boston 16-7.

This season, the two teams met twice and won one game each.

The Golden State Warriors come into the finals on the back of a 4-1 first-round win over the Denver Nuggets, a 4-2 series victory over the Memphis Grizzlies and a 4-1 win over the Dallas Mavericks.

The Boston Celtics have arguably had the tougher trip to the finals. In the first round, they swept Kevin Durant’s Brooklyn Nets 4-0, beat the Milwaukee Bucks 4-3 and beat the Miami Heat 4-3 in the Eastern Conference Finals.

Center, James Wiseman is out long-term and will play no part in these playoffs. Guard Gary Payton II sustained a wrist injury against the Memphis Grizzlies but is expected to be back for the finals, along with forwards Otto Porter Junior and Andre Iguodala. .

Marcus Smart, the reigning Defensive Player of the Year, will be fit to play, according to Celtics Head Coach Ime Udoka. Starting Center, Rob Williams, is still dealing with some challenges, but he is expected to start tomorrow.

The Golden State Warriors have gone 9-0 at home in these playoffs. Since they have home-court advantage in this series, that could end up in their favor.
Kevon Looney and Andrew Wiggins have pulled down the most offensive rebounds (42 each) in these playoffs. Against a Celtics team with an average defensive rebounding rate, this could prove pivotal in making sure that the Warriors feast on
Jayson Tatum leads the way for the Celtics (and the NBA) with 486 playoff points in 18 games (27.0 points per game) while Steph Curry leads the Warriors with 415 points in 16 games (25.9 ppg).

Bet on the NBA Finals today! And don’t forget that with BetKing, we have all the best sports, games, odds and bonuses available.