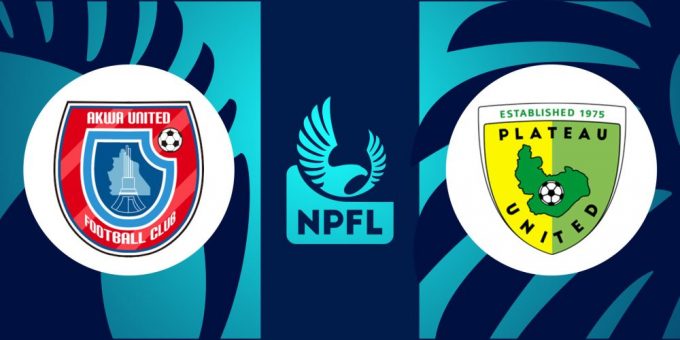 Another weekend brings us a fantastic slate of Nigeria Professional Football League games including Akwa United’s home fixture against Plateau United at the Godswill Akpabio International Stadium on Sunday.

Although the home team is currently 8th on the log, Akwa United can rise as high as 3rd with two wins from their next two games and losses to the teams currently above them.

The visitors, Plateau United, are currently 2nd on the log and adrift of first-placed Rivers United FC by 10 points with 4 games left to play. Since they are unlikely to win the league at this point, they’ll be more concerned with keeping the teams below them at bay.

Both sides have something to fight for/defend so expect an enthralling game on Sunday. We have compiled a match preview below including H2H records, form guides, team news and statistics to help you make the right bet picks below. Enjoy!

The two teams have faced off 9 times with the home side winning twice, Plateau United winning three times and games between them ending in a stalemate four times.

The two teams have already met once this season. On that occasion, the Jos side ran out 3-0 winners against Akwa United.

Their current standing on the NPFL table also shows the disparity in quality between both teams. Plateau United are in 2nd position, 13 points ahead of 8th-placed Akwa United.

Akwa United has endured a terrible run of form in recent weeks with a solitary win in their last five games. Three losses and a 0-0 draw with MFM United rounds up their sorry recent form.

Plateau United might be closer to first place if their recent record was much better than the home side’s. The away team has won just twice, drawn once and lost twice in their last five games.

Neither side has any current injuries. Both Head Coaches are expected to name unchanged starting lineups for the game.

Over 1.5 goals at
The home/away records of both teams means a draw is a likely event. This is a high-risk punt but we think it’s worth it @

Bet on the fantastic offerings we have for you this weekend below!