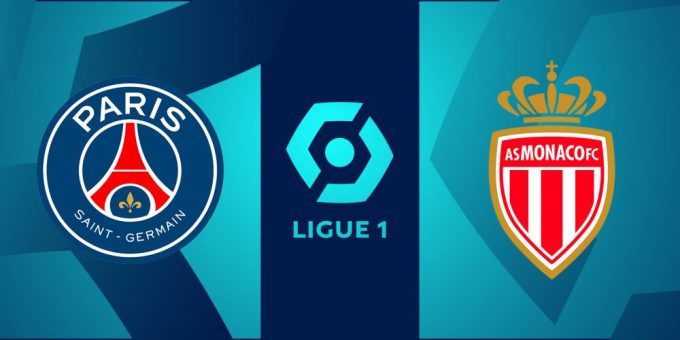 Five years ago, Monaco beat Paris Saint Germain to the Ligue 1 title. Since then, the teams’ fortunes have trended differently with PSG winning the league title four out of five times. They look likely to continue in the same vein this season.

PSG have already raced to an early lead atop the league standings. Last time out, Christophe Galtier’s side trashed his former employers, Lille 7-1 and show no signs of stopping this winning streak anytime soon.

Monaco have had a rather tepid start this season. Philippe Clement’s men followed up a 4-1 loss to Lens with defeat in UEFA Champions League qualifying against PSV Eindhoven.

PSG have been in imperious form and took only 8 seconds to open the scoring against Lille. Perhaps the only chink in their armour right now is the tension between Neymar and Mbappe.

Regardless, they have made it work so far, winning all three of their Ligue 1 matches and scoring with abandon.

PSG might be the side on form right now, but Monaco have had their number over the years.

21 of the clashes between them have ended in a draw.

Monaco don’t have to look far back for a good result against PSG. In March 2022, they beat the Parisiens 3-0, their first victory over them in since 2020.

PSG have rolled over teams in the Ligue 1. They have scored 17 goals and conceded only three.

Most of that is down to the 3-4-1-2 formation Galtier has played which allows him to play Messi, Mbappé and Neymar while still maintaining a strong defensive base.

“It’s too easy to point to players individually, especially since too many players weren’t at their best…”

In the three Ligue 1 matches they have played this season, they have only managed one victory, with that solitary win coming via a 2-1 margin against Strasbourg in the opening weekend of the league season.

Christophe Galtier is likely to field the same team that won comfortably against Lille. However, Renato Sanches could make his way into the starting XI after coming off the bench to score. If that happens, Vitinha is the player likely to lose his place to the Portuguese midfielder.

On the injury front, Keylor Navas, Julian Draxler and Timothée Pembélé will miss the game.  remain sidelined. Fortunately for Galtier, there are no new injuries for him to contend with.

Vanderson is suspended after seeing red for the first time in his Ligue 1 career in defeat to Lens.

Myron Boadu and Yilan Okou are both unavailable due to injuries. While Willem Geubbels is working his way back to fitness after returning from a loan spell to Nice.

PSG look invincible at the moment. The only side that can weaken them is themselves with the internal wrangling pgoing on between its superstars Neymar and Mbappe.

However, they have managed to score freely regardless (17 goals in only 3 matches) with all Christophe Galtier finding a sysytem that fits all three of his attacking maestros.

At the Parc des Princes they have been largely untroubled agains most sides and should be comfortable against a Monaco side still finding its feet this season.

Phillipe Clement would set up his side to counter attack against PSG and has the personnel to effectively do so. Ben Yedder, Embolo and Minamino can trouble the PSG side if there are lapses of concentration.

Monaco are low in confidence at the moment, they missed out on UEFA Champions League qualifying during the week and lost their last Ligue 1 match.

They come up against a PSG side that have had a blazing start to the season and play in front of a home crowd they would be looking to entertain.

PSG are rightfully favourites to win and anything short of a victory would be a huge upset.