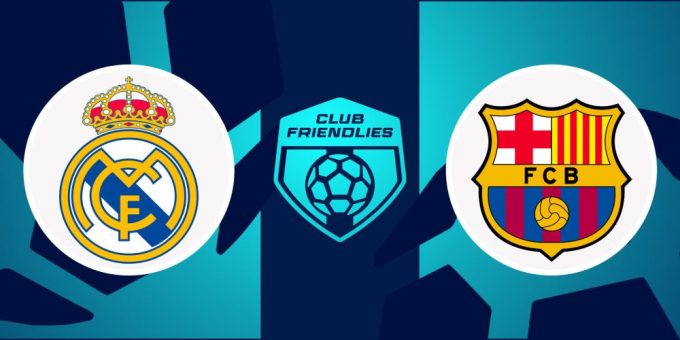 The El Clasico is the biggest club football game in the world and this weekend, Americans will get to experience the thrill right up close as Real Madrid and Barcelona clash in Las Vegas.

The two clubs had vastly differing fortunes last season. Real Madrid won the La Liga and Champions League double, while Barcelona finished trophyless for yet another season, despite their resurgence under Xavi.

This season, we expect a stronger challenge from Barcelona. Despite their precarious financial situation, Barcelona has already signed several players to improve their squad, including reigning World Footballer of the Year, Robert Lewandowski.

Read on for our comprehensive match review below!

They have been more active the other way and so far, have already transferred Takefusa Kubo, Luka Jovic, Victor Chust and Gareth Bale out of the Spanish capital.

Barcelona: This summer, Robert Lewandowski, Raphinha, Andreas Christensen and Franck Kessie have all been acquired by the Catalan giants.

Moussa Wague, Trincao, Rey Manaj, Clement Lenglet, Arnau Comas, and Ferran Jutgla have all been sold to trim the roster. Dani Alves left the Nou Camp in June after his contract ended, while Adama Traore has returned to Wolverhampton Wanderers after Barcelona declined to make his loan move permanent.

This will be Real Madrid’s first friendly game of the summer transfer window while Barcelona has been active since the last season ended, winning two friendly games, and drawing the third. Just three days after the domestic season ended, Barcelona beat the A-League All Stars 3-2. Since then, the Blaugrana have faced UE Olot and Inter Miami CF.

Neither side has reported any injuries, the two teams are expected to come into this game with full squads.

The player fans will be most excited to see is Robert Lewandowski. Fans at the Allegiant Stadium will be hoping to see the former Bayern Munich striker make his first Barcelona appearance.

Since it’s a friendly, we expect to see both star men, Karim Benzema and Robert Lewandoski, start on the bench and come on at some point during the game.

Last season, Benzema scored 44 goals and added 15 assists in just 46 appearances for Real Madrid. The Balon d’Or favorite will be a favorite to score if he comes on.

Last season, Real Madrid (2.1 goals) scored the most goals/game in La Liga last season while Barcelona was a close second with 1.8 goals/game.
Defence was a different story, however. Madrid had a joint-best goals conceded rate of 0.8 goals per game and conceded the second-least goals in the division (31) goals. Barcelona conceded 38 goals and 1.0 goals per game and were the 6th-best team defensively.
Barcelona dominated possession last season, as they so often do. The Camp Nou side had a league-best average possession and accurate passes/game of 64.6% and 539.7 passes while Madrid posted second-best averages in both metrics (60.2% and 538.0 passes.)
Barcelona showed a remarkable propensity for winning the ball high up the pitch by averaging a league-best 5.5 final 3rd possessions won/game while Real Madrid’s low pressing rate is shown by their 4.4 final 3rd possessions won/game.
The animosity between both sides means yellow cards are likely to be plentiful, despite it being a friendly game. The last time this fixture was played, 21 fouls were committed, and 8 yellow cards were awarded by the match officials.

Like you. We’re excited about the return of the biggest club games. Bet on this El Classico friendly and win amazing prizes today!