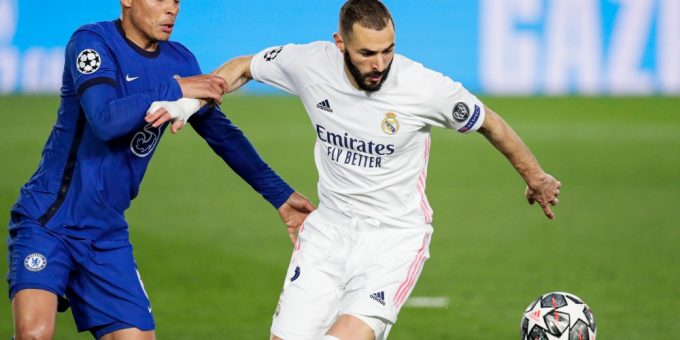 Despite Chelsea’s struggles in the Premier League this season, the West London team has usually turned up in the cup competitions. Last week, however, they were beaten by a Real Madrid team that leaned on a lethal combo of experience and youth to win 3-1 at Stamford Bridge.

Tomorrow, the second leg will be played at the Santiago Bernabeu where Real Madrid are the favorites to advance to the semifinals. Chelsea still have a slight chance to turn this tie on its head and advance instead of Madrid but can they do that? Where will the match be won and lost?

Read on below for our Real Madrid vs Chelsea preview where we answer these questions and more!

Real Madrid vs Chelsea H2H
After the first leg, this fixture has now been played five times. Madrid now secured a win after last week’s victory while Chelsea have won three times. Both sides have also settled for a draw twice.

The home side currently top the La Liga table with 72 points from 31 games while Chelsea are in 3rd position in the English Premier League with 62 points from 30 games.

Manager H2H
Carlo Ancelotti and Thomas Tuchel have both met several times while managing Bayern Munich and Borussia Dortmund in the German Bundesliga. Both head coaches also faced each other in the UEFA Champions League while managing Napoli and PSG.

Tomorrow’s game will be their 9th encounter and so far, both managers have three wins each. This H2H has also ended in a draw twice.

Real Madrid vs Chelsea Team News
Eden Hazard, Isco and Luka Jovic are all injured and will miss tomorrow’s game. The trio missed the last game as well and are not expected to have a long-term future at the Santiago Bernabeu beyond this season.

Éder Militão will also be out of the Real Madrid squad for the game. The first-choice centre back misses out through suspension after receiving a booking in the first leg and will likely be replaced by Nacho Fernandez in the starting lineup.

Real Madrid vs Chelsea Prediction
Thomas Tuchel usually favors a conservative approach but because Chelsea are in a 3-1 hole, will need to come out and attack this time. As Éder Militão is out, Chelsea’s chances of scoring increase but their need to attack will also leave gaps in defence that the Real Madrid players can exploit. A “Both teams to score” result is very likely.

Our BetKing experts expect Real Madrid to qualify and face Manchester City in the semi-finals.

Karim Benzema has been in lethal form this season. He scored a hattrick in the first leg and is a good bet to score at any time here!