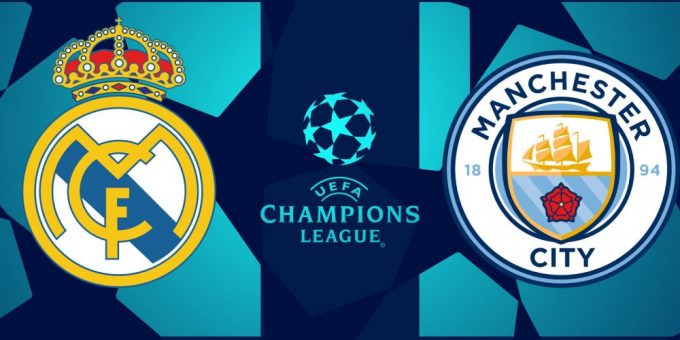 After the amazingly open first leg at the Etihad, the biggest question fans of the beautiful game have is whether the second leg will feature more of the same or whether both teams will adopt a more Conservative approach. We think we’ll see more of the same.

Real Madrid need no introduction. They’re the biggest football club in the world and have won this particular competition 13 times. That’s 13 times more than Manchester City. They’re no match for the Citizens on paper but will hope that they can use their experience and know-how at this level to win and advance to the final.

Manchester City are arguably the best team in club football at the moment. Backed by the limitless resources of the Abu Dhabi group and featuring the almost peerless talents of Pep Guardiola, their biggest wish is to win their first UEFA Champions League. If they can win at the Santiago Bernabeu, they’ll feel confident that this year, they’ll finally get that elusive Champions League victory.

Read on for our pre match review below!

This will be the 10th meeting of the two teams, they’ve both already played 9 times. Over that period, Real Madrid have won three games while Man City have four wins. They’ve also drawn two games.

The home side has already won the La Liga title and have accumulated 81 points after 34 games. City, on the other hand, are 1st on the English Premier League table and have 83 points from the same number of games.

The home side have won three of their last five games and lost the other two games. (Form: W-L-W-W-W)

Manchester City, on the other hand, have won four of their last five games and lost the fifth. (W-W-W-W-D)

John Stones (muscle injury) is still out but the bigger worry for Guardiola will be the absence of Kyle Walker (sprained ankle).

The English full back’s pace allows Man City to regularly keep a high line, safe in the knowledge that Walker’s tremendous pace can bail them out of trouble most of the time.

After how Vinicius Junior turned Fernandinho so easily and ran the length of the pitch to score in the first leg, Guardiola will be making special plans to prevent the Brazilian winger from getting free so easily.

Luckily, João Cancelo will be back in the Manchester City squad after serving his suspension.

Manchester City are unbeaten in 14 away games. This could be a problem for Real Madrid who have lost twice in the UCL this season, including their last home game against an English team.

The home and away team average 5.7 and 5.5 shots/per game consecutively. They both also concede 1.2 goals/match this season

Real Madrid win possession in the final third 7.1 times per game, more than Man City’s 5.3 possessions won in the attacking third. City rely more on methodical passing while Real Madrid prefer to press high and attack immediately. City will need to be especially careful when they attempt to play out from the back.

Real Madrid have conceded 16.7 xG this season, substantially more than City’s concession of 9.3 xG. If Madrid continue to give up so many quality chances, they will pay for it eventually against City.

Karim Benzema is the highest scorer this Champions League season with 14 goals, compared to City’s highest goal scorer, Riyad Mahrez. The Algerian forward missed several good chances to add to his 6 UCL goals in the first leg and will be eager to rectify that at the Bernabeu tomorrow.

One thing we can be sure of in this game is goals. Bet on Both teams to score early @ 1.43

If you’d like to increase the risk and your potential win, look no further than this King’s Combo offer; Real Madrid To Win & Vinicius To Score @ 8.50 (up from 7.5)

You can bet on this week’s semifinal fixtures here as well as any future games today!