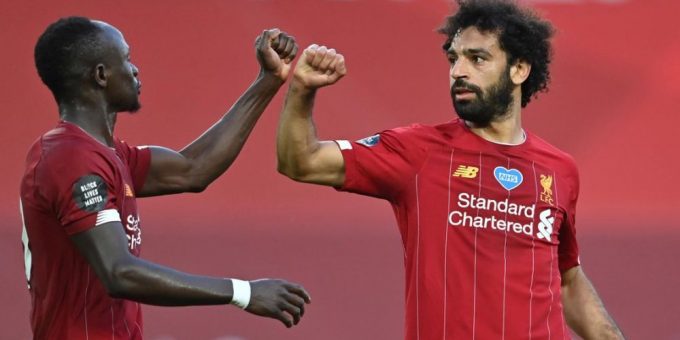 It’s the final showdown of Afcon 2021 and the race for the trophy is heating up! The Pharaohs avenged their 2017 defeat by Cameroon with a shootout win in Thursday’s semifinals, making their way to the Africa Cup of Nations final this Sunday. Facing them will be second consecutive Afcon finalists, Senegal.

The match will see Liverpool duo Sadio Mané and Mo Salah squaring off as rivals rather than teammates and fans are expecting fireworks on the pitch as two of Africa’s biggest football superstars compete to take home the trophy. Who will come out on top? Read on to find out.

Looking back over their precious records, the Lions of Teranga have locked horns with the Pharaohs of Egypt a total of 12 times in football history, with Egypt winning six games, Senegal winning 4 and 2 games ending in a stalemate.

As far as Afcon history is concerned, Egypt are currently dominating the tournament with a record-breaking seven wins. They’ll be hoping to extend their record, though that might prove difficult without their coach Carlos Queiroz, who was sent off during the second half of the Afcon semifinal against Cameroon due to disciplinary issues and will remain suspended through Sunday’s final.

Despite that setback, Egypt will go into the match with the upper hand, as their opponents have never had the honour of being Afcon winners. Senegal will be hoping to amend that this Sunday with their recent top form and a strong line-up.

Senegal dominated their group round as well as knockout stage while the Pharaohs finished second in the group stage following a defeat by Nigeria. The Lions of Teranga’s overall performance in Afcon 2021 has been stellar, both in defence and offense, which inclines us to go with a Senegal win.

Egypt has been lacking in offensive power, so bagging a victory over a strong opponent might be difficult task, especially minus their coach on the field.

Who are you backing with your bets? Head to BetKing and place your bets now!