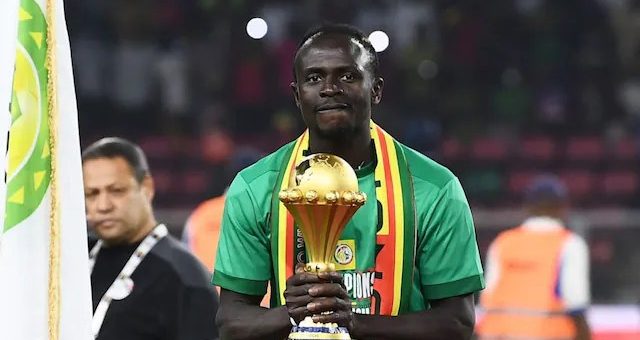 For a team long considered as one of Africa’s elite, the Senegalese National Team had a worrying lack of trophies to show for it and was under pressure to get their first continental win.

When it became obvious that the current group of players was the best on the continent, the pressure ramped up even further.

No matter how you like your football; possession-based, counter-attacking or even defensive, the marker by which all great teams are measured is winning. Unfortunately for this Senegal side, they weren’t doing that when it truly mattered no matter how hard they tried.

For Golden generations, the pressure is different. Win, and be sure to go down in history. Lose and become the answer to questions such as “which African team wasted an entire golden generation?”

Standing between them and glory was Egypt, the most successful team in AFCON history. Fortunately for Senegal, they won, putting any doubts about their place in football history to rest.

How The Game Unfolded

First 90
Senegal began brightly and got an early penalty in the 4th minute when Egyptian center back Mohamed Abdelmonem wiped out left back, Saliou Ciss in the box.

Sadio Mane took the resulting penalty, and despite a powerful effort down the middle, Gabaski was equal to the task, keeping the effort out with a strong punch despite diving the other way at first.

After the missed penalty, the Senegalese players regrouped, continued to attack and dominated the first 45 minutes.

Unfortunately for them, the final ball was either lacking in quality and Gabaski was at his imperious best with the rest, thwarting all attempts to breach his goal.

The first half came to an end just after Mohammed Salah surged into the box and tried to catch Mendy out at his near post. The Chelsea goalkeeper was equal to the effort, however, and knocked the ball out for a corner kick.

Egypt pushed higher in the second half and both teams traded blows, with neither side unable to put the half-chances created away.

Extra Time
Extra time began with a bang as Mane sent substitute Bamba Dieng through on goal, but his effort was well saved by Gabaski once more.

The same thing happened ten minutes later, when the Egyptian goalkeeper leaped to his left to save Bamba’s towering header.

Both teams had chances in extra time, but Mendy and Gabaski were at their best to keep the score even. By this point, it was clear that the game would be decided on penalties, where the Egyptians would have an advantage.

Penalties
Senegal’s first two penalties were scored by Koulibaly and Diallo, but Abdelmonem hit the crossbar with his penalty after Zizo converted his.

After Bamba Dieng scored and Mendy saved Mohanad Lasheen’s feeble effort, it was up to Mane to step up and deliver his country its first AFCON victory.

He duly delivered, earning his golden ball award and a place in the AFCON best XI.

What Next?
After their victory, the Teranga lions will celebrate, disperse to their respective club sides and then meet Egypt again next month for their crucial world cup double header with the added belief of newly-made AFCON title holders.

AFCON 2021 might be over but the fun isn’t. Check out our amazing odds and bonuses over a wide range of sporting events now on BetKing!