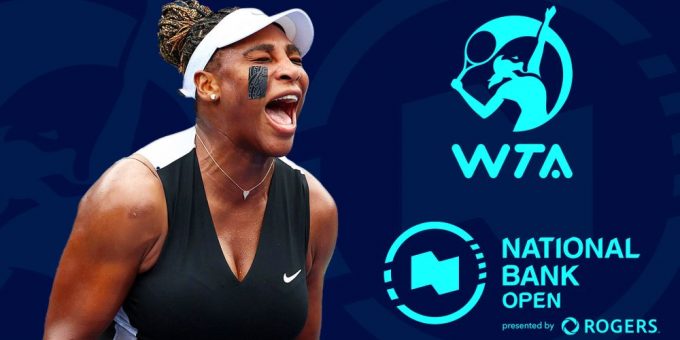 After 430 days, 23-time Grand Slam champion Serena Williams is back to winning ways, giving her fans all over the world something to cheer.

Playing just her second singles tournament of 2022, the American defeated 57th-ranked Nuria Parrizas-Diaz 6-3, 6-4 in the opening round of the National Bank Open in Toronto, Canada. It marks her first singles win since beating compatriot Danielle Collins 6-4, 6-4 in the third round of the 2021 French Open.

While it was not a walk in the park and she was understandably rusty, Williams showed some encouraging signs, showing off her variety of shots and sending the Sobeys Stadium crowd into a frenzy. Her 32 winners somewhat made up for the 29 unforced errors she made. Converting three of five break points and saving seven of eight break points faced was also decisive in getting the straight sets victory.

Undeniably pleased with the win, Williams however admitted she is not quite where she needs to be yet. “I’m just happy to get a win,” she said. “It’s been a very long time, I forgot what that felt like.”

“I feel good, I felt like I competed well today. I think that’s what I needed to do, is just compete. Mentally, I’m getting there. I’m not where I normally am or where I want to be. Any match I play, whether I win or lose, helps me.”

“I haven’t played a lot in the last year, even two years. I think that helps me physically. I feel much better in practice, it’s just getting that to the court. Literally, I’m the kind of person where it takes one or two things and then it clicks.”

After suffering a hamstring injury on Wimbledon Centre Court against Aliaksandra Sasnovich in 2021, Williams did not play competitive tennis until she suddenly announced she would return to action at the same tournament this year. Her first-round match at Wimbledon did not signify she was “back with a bang”, though, as she lost to Frenchwoman Harmony Tan.

Getting a win under her belt is important, but it does not get any easier for Williams, who will now face either reigning Olympic champion Belinda Bencic or World No.71 Tereza Martincova in the second round. Every round will be tougher as it is a fierce field of players competing at the tournament. At this point, however, every match counts for Williams, who will be looking to make an appearance at her home Slam – the US Open – which serves off on the 29th of August.

Fans of Serena Williams who were still celebrating her win were soon hit with a reality check after her post-match press conference where a cheerful Williams dropped a subtle hint at retirement. The hint came when she was asked what continues to motivate her.

“I guess there’s just a light at the end of the tunnel. I’m getting closer to the light. Lately, that’s been it for me. I can’t wait to get to that light.”

Asked what the ‘light’ meant, Williams’ answer was, “Freedom”.

“I love playing, though. It’s amazing but you know, I can’t do this forever, so sometimes you just want to try your best to enjoy the moments and do the best that you can.”

Her many supporters would like her to play for as long as possible, but Serena Williams turns 41 next month and retirement is unavoidably closer than ever. For now, enjoying the moment, as she said, really seems like the way to go.

Williams’ sister, Venus had a contrasting result in her own first-round match in Toronto as she was comprehensively beaten by world no.21 Jil Teichmann. A 6-2, 6-3 win for the Swiss sends her into the second round where she will take on World no.2 Anett Kontaveit.

Other results from Day One of the National Bank Open:

The National Bank Open continues and you can place your bets using the link below.