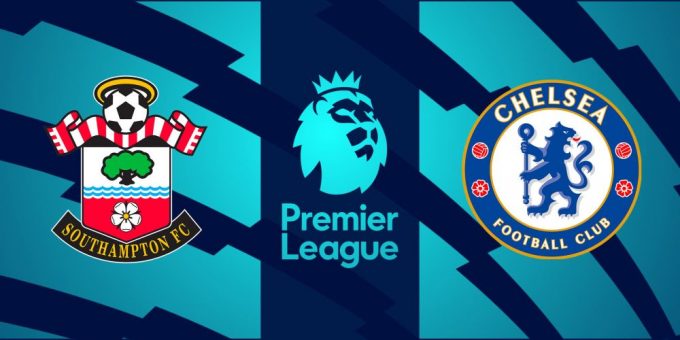 Last week, even the most passionate Chelsea fan would have been forgiven for being pessimistic about the Blues’ chances this season. After a narrow win against Everton, they shared points with Tottenham (unfairly, some would argue) before losing 3-0 to Leeds. To make matters worse, new signing Kalidou Koulibaly was sent off, meaning he missed the game against Leicester.

Again, Chelsea fans would have been forgiven for expecting the worst when Conor Gallagher received his marching orders in the 28th minute after receiving a second yellow card. Led by the effervescent Raheem Sterling, however, the Blues rallied to win the game 2-1.

With more difficult games on the horizon, games like today’s are exactly what Chelsea should be winning if they want to be in the title conversation next June. Can they follow through on last week’s promise and win away at St Mary’s today?

Read on for our preview below!

The two teams have faced off 35 times with Chelsea dominating the matchup as expected. The Blues have won 20 games, four times as many as Southampton’s 5 wins. The points have also been shared by both sides ten times.

In their last five games, Chelsea has won two games and the teams have split the points three times.

The last time the two teams met, Chelsea beat the home side 6-0, a score line Blues’ fans would love to see again.

The home side have won twice, lost twice, and drawn one of their last five games (L-D-W-W-L)

Chelsea’s form has been marginally better. The away side has won thrice, lost once and drawn once in their last five games. (W-W-D-L-W)

Apart from former Chelsea academy player, Tino Livramento, who is out long-term with an Anterior Cruciate ligament injury, the Southampton squad is fully healthy.

Chelsea will not have N’Golo Kante (Hamstring injury) and Conor Gallagher (Suspension) available for tonight’s game. Marcus Alonso has also been left out of the squad for personal reasons as he tries to complete his transfer to Barcelona.

As usual, James Ward-Prowse will be instrumental for the home side. The Southampton captain is the best set-piece specialist in the Premier League. Apart from his deadly free kicks, Chelsea will need to defend the deep crosses he likes to send to striker, Che Adams very carefully.

For FPL managers, he’s a steal at just £6.5 million since he takes free kicks, penalties and corners.

Raheem Sterling scored his first two Chelsea goals to lead the Blues to victory against Leicester last weekend and will be hungry for more. Kai Havertz and Mason Mount’s movement behind and around him will allow him to focus on what he does best; getting on the end of crosses as delightful as the one supplied by Reece James last week.

At £9.9, he’s still quite pricey but could turn out to be a steal over the next few weeks.

Southampton top scorer, Che Adams has scored 2 goals from 4 shots on target this season. He has taken just 9 shots in total. That accuracy makes him Chelsea’s main target. Raheem Sterling, Chelsea’s current main goal threat, has also scored 2 goals from 3 shots on target, he has taken just 5 shots in total.
The home side averages just 42.8% of the ball and completes just 268.8 passes/game compared to Chelsea who average 58.1% possesion and complete 444.8 passes/game.
Southampton press high and like to win the ball proactively, as shown by their 2nd-best 12.5 interceptions per game. Chelsea will need to be careful while playing out of defence, especially as they only average 9 interceptions/game; 12th-best in the English Premier League.
Chelsea has the worst defensive record in the League so far this season with 2 red cards and 7 yellow cards already accumulated. Southampton players have been booked 4 times and have not been sent off at all.
Chelsea have scored 5 goals this season from an xG of 5.9 while Southampton have scored 5 goals from an xG OF 4.1. The home side is outperforming its xG while Chelsea is underperforming. If the stats regress to the mean for this game, Southampton will likely lose.