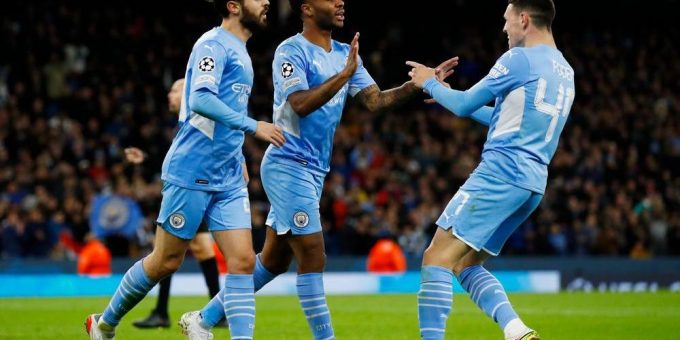 This might be the biggest mismatch in the UEFA Champions League knockout round this season. Manchester City, one of the best clubs in the world and a tournament favorite, will be expected to win this one easily.

The fact that everyone watching expects Man City to win easily will be a motivating factor for Sporting Lisbon. As a result, they will be able to play with little to no pressure. With their home advantage and a few lucky bounces, they could make the game a contest or even win it.

Pep Guardiola, Manchester City’s manager, has earned a reputation as a tinkerer in recent UCL seasons. He will be aware of this and will try to make this game as simple as possible.

Sporting Lisbon Vs Manchester City Head-to-Head record
Both teams have met just three times. It’s a reflection of how far Man City have come in so little time that the H2H actually favors the Portuguese giants with 2 wins to City’s one.
The home team is 2nd to eternal rivals, Porto in the Primera Liga while City tops the English Premier League ahead of Liverpool.

In this case, it’s important to note that the H2H record does not reflect the disparity between both clubs as their last meeting came while City was still breaking the barrier between them and the true European elite.

Form Guide
Sporting have four wins and a draw in their last five games. (Form: D-W-W-W-W) while City has a similar record. (Form: W-W-W-D-W)

Sporting Lisbon vs Manchester City Team News
Sporting Lisbon coach, Ruben Amorim, is missing only Pedro Gonçalves. Apart from the forward, he can call upon a fully fit squad, so expect him to go with his strongest available squad.

Guardiola has confirmed that Jack Grealish, Gabriel Jesus and Cole Palmer are going to miss this game. The players that will make the Manchester City lineup are good enough to finish the tie in the first leg if they play as well as they can.

After a rough start to the season, key members of the squad such as Raheem Sterling and Kevin de Bruyne have found their best form recently. Expect them to start and be at the heart of City’s best moves.

Sporting Lisbon vs Manchester City prediction
It’s possible for the home side to get a result. If the Manchester City players aren’t playing well. If Guardiola is tinkering needlessly as usual. If the referee’s calls favor them. If the ball bounces in their favor a couple of times.

That’s too many ifs however, this should be a straightforward win for Manchester City.

As always, you can always rely on us for the best UEFA Champions League betting tips and predictions as well as amazing bonuses. Join us here!