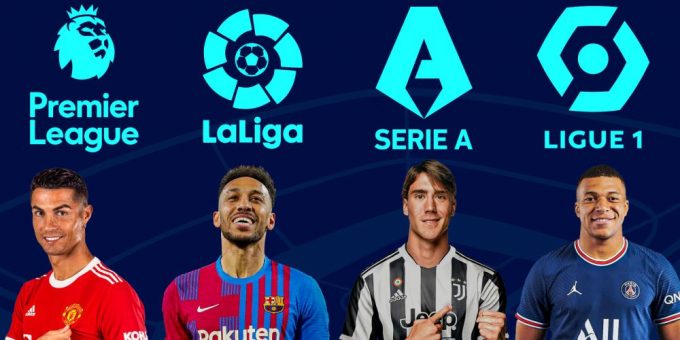 We’re a bit used to Erling Haaland’s (and Man City’s) greatness right now so we’ll just skip over their 3-0 win over Wolves in the English Premier League. Celtic also saw their 38-game unbeaten run come to an end but rather than criticise them, we choose to salute them; going 38 games without a loss is no easy feat, Scottish league or not. This week on The Good, The Bad, The Ugly, we take a look at 2 players who spent a combined 29 seconds on the pitch, PSV’s Cody Gakpo who has been sensational in the Netherlands, Juventus’s struggles, Cadiz getting their first goal & win of the season but first, we head to the English Premier League where Son finally got on the scoreboard.

It turns out all he needed to get going was to get benched. As last season’s Premier League Golden Boot winner, Heung-min Son sat on the bench against Leicester City, he seemed more focused than ever.  He had gone 8 games without a goal in all competitions and had just one assist (from the opening day of the season). With the score at 3-2 in favour of Spurs, he came in for Richarlison and unleashed hell on a pathetic Leicester City. A hat-trick in 13-mins quickly followed, including 2 top class goals as the South Korean made it a comfortable 6-2 win for the home team. He is back.

After reading last week’s edition of The Good, The Bad, The Ugly in which we highlighted the struggles of Cadiz and how they’re almost a lock for relegation, the players took that a bit personal and it was good to see them get their first goal & win of the season. They had to wait till the 91st minute, though, and it was a familiar face on the scoresheet – Alvaro Negredo. A simple tap at the far post after Joseba Zaldúa’s cross missed everyone was enough to break Valladolid’s hearts. The win saw Cadiz move from the bottom of La Liga to 19th.

Man Utd & Arsenal got off to brilliant starts in the Women’s Super League over the weekend. Both teams won 4-0 with Women’s Euros Golden Boot winner Beth Mead grabbing a brace for Arsenal while 20-year-old center-back, Maya Le Tissier grabbed a brace for Man Utd on what was her debut.

A look at the WSL league table and the English Premier League table shows a rare sight: Arsenal sitting atop both.

Good days in the red half of North London indeed.

A Dance In The Spanish Capital

Audacity. Definition: aggressive boldness or unmitigated effrontery. Example: “Koke had the audacity to tell Vinicius Jr. not to dance if he scored in the Madrid Derby”.

In a bizarre lead up to the first Madrid Derby of the season, Atletico Madrid captain commented on Vinicius’s goal celebration saying “If he celebrates like that at the Wanda, there would be trouble”. The situation quickly escalated when a silly Spanish reporter agreed with Koke’s comments on air and asked Vinicius to stop “dancing like a monkey.”  As expected, many Brazilian players and ex-players including the great Pele showed support for Vinicius and though he did not score in the 2-1 win over Atletico Madrid on Sunday night, it felt great to see him show off his dance moves after fellow Brazilian Rodrygo opened the scoring. For a player who has Antoine Griezmann as a teammate, Koke should have removed the proverbial wood out of his eye before commenting on the speck of dust in Vinicius’.

The King of Eindhoven

In the Eredivisie’s Super Sunday, AZ Alkmaar ended Ajax’s 100% start to the league season as they came back from a goal down to win 2-1. However, it was PSV Eindhoven’s Cody Gakpo who made headlines as he put on a Man of the Match performance in his team’s 4-3 win over Feyenoord. The Dutch international had a hand in all 4 goals as he scored once and assisted thrice in the 7-goal thriller. Cody Gakpo leads the Eredivisie in both goals scored (8) and assists (6) as he continues to show why Premier League clubs like Manchester United and Arsenal are linked with him.

You can bet on Cody Gakpo to win the Eredivisie Golden Boot @6.00

Feyenoord’s Danilo is currently 2nd on the scoring chart (6 goals). Bet on him to win the Golden Boot @10.00

Never has there lived a top player who had worse luck in international tournaments like Marco Reus. In 2012, he got injured in the last warm-up match before the EUROs & missed the tournament. In 2014, he was injured & missed his country lifting the World Cup in Brazil. In 2016, he was injured in the last warm-up match & missed the EUROs again. In 2018, he was fit and present at the World Cup but defending champions Germany embarrassingly got knocked out in the group stage. In 2021, he missed the EUROs for the 3rd time and on Saturday, just months before the World Cup in Qatar, he was stretchered off the pitch in Dortmund’s 1-0 win over Schalke in the Revierderby. Here’s to a quick recovery, Marco.

It says a lot when one of your best chances in a game comes from your goalkeeper but that was Bayern’s reality as Manuel Neuer came so close to grabbing a 95th minute equaliser but Polish goalie, Rafał Gikiewicz denied him that opportunity. Augsburg had taken the lead in the 58th minute through loanee Mërgim Berisha – his first Bundesliga goal – and it turned out to be enough to secure all 3 points. Bayern Munich failed to score in a Bundesliga match for the first time in 87 games and Julian Nagelsmann is now on the hot seat as his team dropped to 5th.

Bayern Munich are 5th but still favoured to win the league @1.12.
Dortmund are currently 2nd in the Bundesliga and you can have them winning the league @9.25

Union Berlin are top and if you feel their fairytale run will have a wonderful ending, you can back them to be champions @45.0

Sporting CP Drop To 8th in the Portuguese Primeira Liga

Sporting CP followed up their brilliant 2-0 win over Tottenham on Tuesday with a shocking 2-1 defeat away at Boavista. Bruno Lourenço opened the scoring for the home side with a fantastic left footed volley into the top right corner just before the break then Marcus Edwards – the Englishman who came very close to scoring one of the goals of the season on Tuesday – nodded home an equaliser, thanks to Nuno Santos’ beautiful rabona assist. Ricardo Esgaio gave away a very late penalty to Boavista which Bruno Lourenço calmly converted to seal all 3 points for the home side and hand Sporting CP their 3rd loss in 7 games this season.

Shoya Nakajima Has A Debut To Forget

Two weeks ago, we talked about Saša Kalajdžić’s horrible debut for  Wolves’ in which he suffered an ACL Tear. The thing about an ACL tear is that, for the most part, it is beyond the control of the player hence, he can’t exactly be blamed for it. Now, we have a debut that is definitely a contender for the worst ever. Down 1-0 in the Turkish Süper Lig, Antalyaspor’s Shoya Nakajima made his debut for the club as a 58th min sub as his mother and other family members, who had travelled all the way from Japan just for this moment, cheered him on with pride. However, that joy was short lived as the Japanese international was shown a yellow card (later upgraded to a red card after checking with the VAR) just 20 seconds later following a very late tackle on an Adana Demirspor player. As he left the field in total shock, the camera panned to his mum who was in tears and inconsolable.

Shoya Nakajima may have lasted just 20 seconds on his debut but here’s someone whose Sunday afternoon was shorter. Jean-Clair Todibo, center-back for Nice, received his marching orders just 9 seconds into the Ligue 1 encounter at home to Angers. The visitors kicked off the game and immediately went for goal and Tobido stuck his leg out to bring down striker Abdallah Sima who was heading towards the goal. The referee wasted no time in showing him a straight red card as he was adjudged to be the last man as well as to have denied Sima a clear goal scoring opportunity.

THE UGLY: The Feeble Old Lady

There’s a problem in Turin and with club football now on an international break, there’s growing belief that Juventus might have a new manager when the break is over. Over the weekend, AS Roma lost at home to Atalanta, and both Milan teams lost as well. However, it was Juventus’ insipid display in their 1-0 loss to Monza that made the headlines in Italy and deservedly so.

With Juan Cuadrado,  Arkadiusz Milik & manager, Massimiliano Allegri all serving suspensions for their sendings off in last weekend’s draw with Salernitana, Angel Di Maria took it upon himself to continue the team’s lack of discipline as he got sent off just before half time for a deliberate elbow to the chest of a Monza player. Things went from bad to worse for the Old Lady when substitute Christian Gytkjær tapped in from close range to score what would eventually be the winner for Monza; their first ever in the history of Serie A. Perhaps the most worrying part was that this was a well deserved victory for Monza as they completely dominated a disjointed and clueless Juventus team.

Juventus’ attempt to rebuild their team has been a failure so far. Key members of previous multiple title winning teams have been let go for little to nothing over the past two seasons. Cristiano Ronaldo, Gianluigi Buffon, Douglas Costa, Giorgio Chiellini & Paulo Dybala are some of the biggest names to have been let go over the past two seasons and while they’ve signed some exciting replacements like Federico Chiesa, Ángel Di María, Dušan Vlahović & Paul Pogba, they have either struggled to impress as a collective unit or battled with injuries.

With the 8th place Old Lady in danger of getting knocked out of the UEFA Champions League group stage and failing to make the Top 4 in the Serie A, it’s time for a change.

Defending champions AC Milan are currently 5th but you can bet on them to win the league @3.80