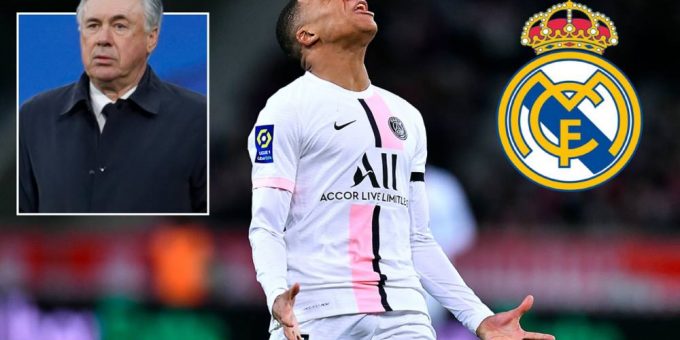 Summer 2022 will see a string of high-profile football stars approaching the end of their lucrative contracts. What will be their next destination? Nobody knows yet but there has been plenty of speculation surrounding their next moves.

Let’s look at some of the highest value soon-to-be free players and where they could possibly end up.

Kylian Mbappe
With a market value of €160 million, Paris Saint Germain superstar Kylian Mbappe has been earmarked by Real Madrid, who offered a whopping €200 million to secure him last season. The outrageous bid was turned down by PSG, but with his contract ending this summer, many believe the 23-year-old’s future lies with Real Madrid, especially after the Parisians’ embarrassing Champions League defeat against Los Blancos.

We, as everybody else, are not sure on whether Kylian Mbappe is joining Real Madrid this summer as the PSG sporting director, Leonardo, spoke about the controversial future of Mbappe just minutes after the Parisian side won Ligue 1 on Saturday night. Saying: “In Madrid they have been sure for three years that Kylian will end up at Real, and maybe they are too sure about it,” Leonard told Sky.

Paolo Dybala
Arguably one of the best shadow strikers in the world, Paolo Dybala has a market value of €40 million. He has been Juventus’s focal point since he joined the club in 2015. With the Argentinian’s contract nearing its end in 2022, reports state his next destination to be Spanish champions Atletico Madrid.

Ousmane Dembele
There were rumors about Dembele’s potential exit from Barcelona earlier this year, but the Frenchman seems to have renewed his interest in Barca under their new coach Xavi. However, with his contract ending at the end of this season, transfer talks will likely resume, with links to Chelsea and PSG being made. The 24-year-old attacker is worth an estimated €30 million.

Paul Pogba
Paul Pogba has seen many ups and downs with Manchester United recently due to instability in form and several injury troubles. The midfielder has a market value of €90 million and despite rumors claiming a renewal of his contract with the Red Devils with a pay rise, the 29-year-old is speculated to transfer to either Real Madrid or PSG upon the end of his contract this year.

Marcelo Brozovic
Valued at €40 million, Marcelo Brozovic is currently signed with Inter Milan, who are hoping to retain him for the next season since he’s one of the top midfielders in Serie A. However, there are talks about the 29-year-old switching to Newcastle when his contract expires although nothing has been confirmed yet.

Antonio Rudiger
With a market value of €35 million, Chelsea’s Antonio Rudiger remains one of the best defenders in the football world. Upon the end of his contract with the Blues this summer, the German has been linked to a move with PSG, Manchester United and Real Madrid. He’s believed to confirm his decision towards the end of April.
Real Madrid seem to be leading the race to sign Rudiger ahead of the likes of Man. United and Barcelona.

to decide whether he wants to renew his contract or not, the 26-year-old is rumoured to have already come to an agreement with Barcelona. He’s also currently valued at €35 million.

With so many superstars up for transfers this season, this may have an impact on your sports betting. Rest assured, BetKing will bring you top football betting tips with the best odds from our experts, so stay tuned!