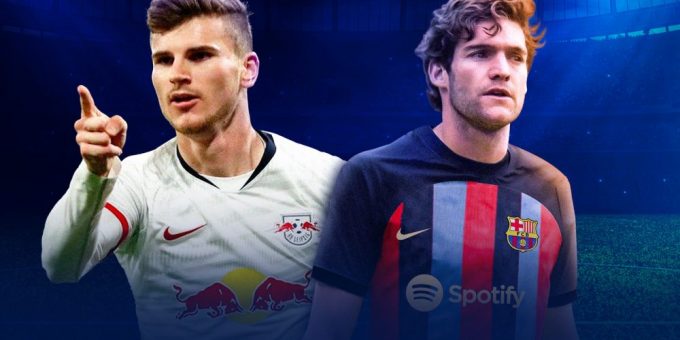 There are a few stages between when a club makes a high-profile signing and when they are forced to cut their losses and sell due to poor performances. First, there is the excitement from the fans, stemming from the assuredness of their team’s ambition, side by side with the craze to “win the transfer window.” Then, there is a sense of denial as the player struggles to fit in. At a point, it becomes more difficult to defend the player’s performances then the blame game begins. It progresses to the stage of frustration and eventually acceptance.

In June 2020, before the official opening of the summer transfer window, Chelsea triggered the €50m release clause of RB Leipzig forward, Timo Werner. The 24-year-old had made 179 appearances, scored 95 goals and made 40 assists in four years with the Bundesliga side. He seemed a perfect component to Frank Lampard’s smooth-running machine, combining skill, pace and a good eye for goal. After all, they had performed relatively well that season, securing a Champions League spot, amid the transfer ban. In any case, Willian and Pedro were on their way out following the expiration of their contracts.

And yet, after just two seasons, Chelsea have had to return the player to Leipzig at a significant loss. Werner managed just 10 Premier League goals from an xG (expected goals) of 18.54 and 48 shots on target. His first season saw him miss 18 big chances. His profligacy in front of goal weighs even heavier when you compare with Tottenham’s Heung-Min Son who scored 40 goals from an xG of 25.85 in the same period. Indeed, his xG differential ranks as the worst since he first made an appearance for Chelsea.

Werner has never been the most ruthless of forwards, although he scored 28 goals for Leipzig from an xG of 23.45 the season before joining Chelsea. The two seasons prior, he recorded a positive xG differential. Still, a summation of his time in London would feel like a good player in the wrong team. He struggled with confidence, mostly in trying to cope with the expectations of playing for a top club, especially in the Premier League where players’ performances are scrutinised more closely. He might yet get back to his old self in Germany, but his time at Stamford Bridge will be barely remembered.

Alonso is nearing a move to Barcelona after six seasons in London. For most Chelsea fans, it has been £24m well spent. The full-back was a deadline day signing in the summer of 2016 and he became an instant success for Antonio Conte’s Premier League-winning team. The Spaniard scored six league goals, playing as a wing-back in a 3-5-2 formation.

Alonso’s pinpoint deliveries and ability to arrive late in the box made him Conte’s X factor. The following season, he went one goal better. As he approaches the end of his shelf life at Chelsea, the defender will be remembered mostly for positive reasons. And yet, this is, perhaps, the right time to make the move in search of a new challenge at 31.

More so, the Blues have splashed over £60m to bring in a younger replacement in Marc Cucurella from Brighton. The 24-year-old will readily replace Alonso, possessing similar qualities.

At Barcelona, Alonso will have to challenge Jordi Alba for a starting berth. Of course, the latter’s performances have dwindled in the last few seasons. Even then, his offensive qualities remain a huge aspect of Barcelona’s play. Having thrived mostly as a wing-back at Chelsea, Alonso will be needed to perform as a full-back in a 4-3-3 formation under Xavi Hernandez.

The post-Abrahamovic era has been met with frugality. Todd Boehly has built a reputation for making aggressive deals. The focus too has shifted from celebrity signings to a long-term outlook. They are now spending on younger prospects with an eye on the future.

But now, as Alonso gets ready to bid Chelsea farewell, there can be no regrets.